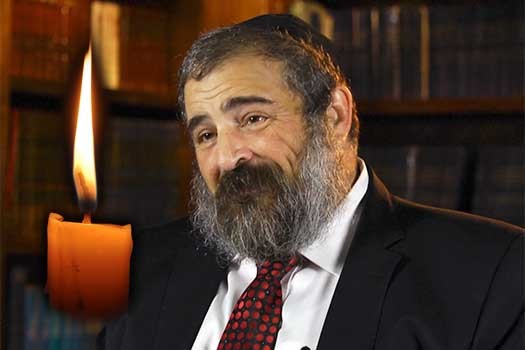 This Sunday evening, the Los Angeles community will come together to mark the first  Yahrzeit of Rabbi Yehoshua Binyomin Gordon z”l.  Thousands of people are impacted on a daily basis by the programs and reach of Chabad of the Valley, the organization Rabbi Gordon built for over 40 years. Rabbi Gordon, along with his associate Rabbi Mordechai Einbinder, inspired an explosion of Jewish observance and activity in the greater San Fernando Valley, establishing 26 Chabad Houses in an area with a diverse Jewish population of more than 250,000.

Reaching well beyond the confines of Southern California, Rabbi Gordon was known as a master teacher who engaged tens of thousands of people in his daily online classes. His precise explanations and lucid delivery have brought the joy of Torah study to students around the world. To date, these Torah classes have recorded over seven million views spanning 70 countries. One of Rabbi Gordon’s most fervent wishes was to further spread Torah to every corner of the earth.

On Rabbi Gordon’s upcoming first yahrzeit, Chabad of the Valley will launch a historic International Sefer Torah Campaign in support of the Rabbi Joshua B. Gordon Living Legacy Fund. The fund was established a year ago to perpetuate and expand the lifelong work of Rabbi Gordon, who was many things to so many people: a father, a leader, a mentor, a teacher and also Chabad of the Valley’s principal fundraiser. By participating in the writing of a new Torah in his honor, congregants, students and friends of this legendary Shliach will have the opportunity to celebrate his life, honor his achievements, and partner in his legacy in the most fitting, enduring and meaningful way.  The first Yahrzeit Commemoration event will be broadcast live at 7:30pm PST on chabadofthevalley.com/3594817

Further details of the upcoming Sefer Torah Campaign can be found at www.rabbigordon.com.