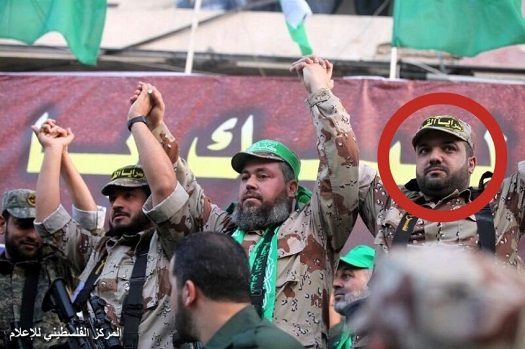 In a joint operation by the IDF and the Israel Security Agency (Shin Bet), a building in the Gaza Strip, in which the Palestinian Islamic Jihad senior leader Baha Abu Al Ata stayed in, was attacked overnight Monday.

The operation was authorized by the Prime Minister and Minister of Defense, Binyamin Netanyahu.

Following the operation, Red Color sirens were sounded throughout the Gaza envelope. The IDF is investigating.

The IDF Spokesperson’s Unit said Abu Al Ata was responsible for most of the Palestinian Islamic Jihad’s activity in the Gaza Strip and was a “ticking bomb”. Abu Al Ata led and personally participated in terror attacks and in attempts to harm Israeli civilians and IDF troops through rocket fire, sniper fire, drone launching and more.

The thwarting operation, conducted in cooperation between the IDF and the ISA, based on accurate intelligence and advanced operational capabilities, was a direct act to remove an imminent threat.

The IDF has deployed troops and is prepared for a wide range of offensive and defensive scenarios.

Following the air strike on the terrorist’s home, the Home Front Command announced that classes in the Gaza envelope have been cancelled on Tuesday morning.

Following an assessment of the situation, the IDF decided to block areas and roads adjacent to the Gaza border fence.

In addition, Israel Railways announced that train service would be temporarily suspended between Ashkelon and Be’er Sheva.

Al Ata was directly responsible for hundreds of terror attacks against Israeli civilians and soldiers.