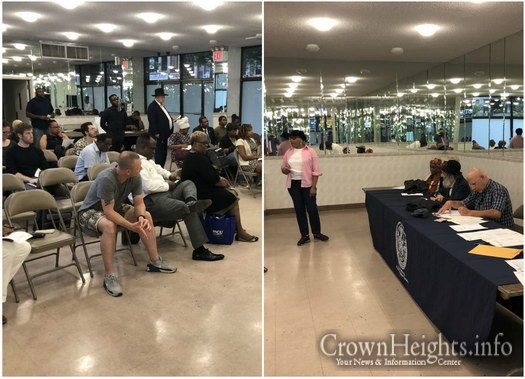 Community Board No. 9, which covers most of the Crown Heights area, held a meeting Tuesday night, in which seven people were elected to its executive committee.

Community Board No. 9, which covers most of the Crown Heights community, held its annual election Tuesday night, electing its executive committee for this coming year.

Community Board No.9 has been mired in controversy for years, with abrupt resignations, chaotic meetings, and unfilled positions plaguing its recent history.

Happening now: Election for Executive Committee of Community Board 9. pic.twitter.com/zlmyQEwCxr