« Video of the Day
Rocket Makes Impact in Ashdod, 1 Critically Injured UPDATE: Died From His Wounds » 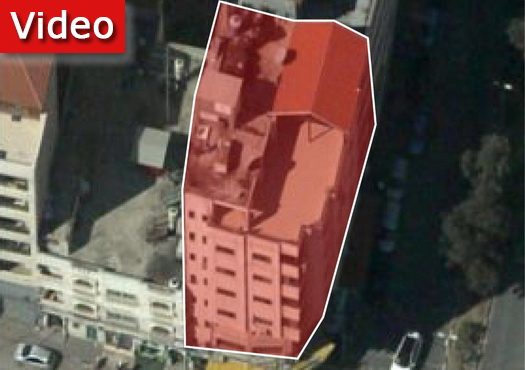 Hamas operatives attempted a cyber attack on Israeli targets, and were thwarted by Israeli cyber units. The building in which the Hamas cyber unit worked from was leveled.

The IDF released a statement on social media that Hamas had attempted a cyber attack on Israeli targets. Israeli cyber units thwarted their attack, and the Israeli military leveled the building in which they worked.

The recent rocket attacks, with over 700 having been launched at Israel, have resulted in the loss of four lives. A 60 year old from Ashkelon was buried today after a Rocket hit his home. Two other were killed in an industrial zone, while another died after his car suffered a direct hit.

Hundreds of Israelis have been treated for injuries, many of them serious.

CLEARED FOR RELEASE: We thwarted an attempted Hamas cyber offensive against Israeli targets. Following our successful cyber defensive operation, we targeted a building where the Hamas cyber operatives work.

« Video of the Day
Rocket Makes Impact in Ashdod, 1 Critically Injured UPDATE: Died From His Wounds »