« Video of the Day
JLI: To Care and Reject » 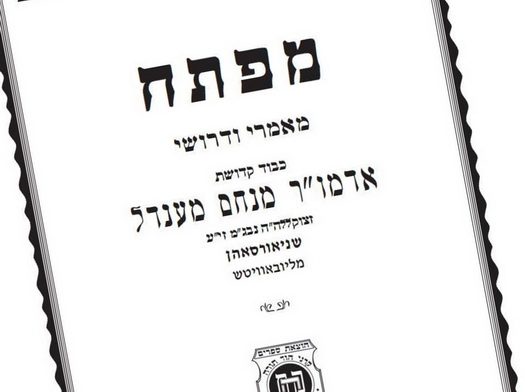 A unique Teshurah was distributed at the Brook & Mockin wedding this Monday in Montreal.

What was the largest number of Maamarim in a single year? What was the most common Dibur Hasmaschil?

On Monday, 25 Adar II, Montreal hosted the wedding of Yossi & Dassi (nee Mockin) Brook. Many Anash and Shluchim came to celebrate with the families, friends of Rabbi Chaim Shaul Brook, head of Lahak Hanochos, and Rabbi Mendel Mockin of Montreal.

Among the guests were Rabbi Yisroel Deren of Connecticut, Rabbi Shaul Wilhelm of Oslo, Norway, Rabbi Hirshy Zarchi of Harvard, and others. Most notably, the Rebbe’s personal secretary, Rabbi Yehudah Krinsky.

A special Teshurah was distributed to the participants: A first of its kind Mafteach of all the Rebbe’s Maamarim, the result of over thirty years of the hard work of Rabbi Chaim Shaul Brook, who heads the publishing of the Rebbe’s Torah in Hebrew. This Mafteach covers all of the astounding 1562 Maamarim which the Rebbe recited throughout a period of over forty years.

In addition to Sefer Maamarim Melukat, the Maamarim are currently being published by Lahak in the series of Toras Menachem – Hisvaaduyos, as well as in Sefer Hamaamarim (21 volumes), and Sefer Hamaamarim on the Yomim Tovim (9 volumes).

Many interesting details come to light in the Mafteach. For example, 5725 is the year with the most Maamarim: sixty-seven in total!

“Even after all the hard work,” the editors point out, “the collection isn’t complete.” Several Maamarim are still missing, and they ask the public to help locate them.

If you are aware of a transcript of these Maamarim, you are asked to contact Lahak at – info@lahak.org

« Video of the Day
JLI: To Care and Reject »