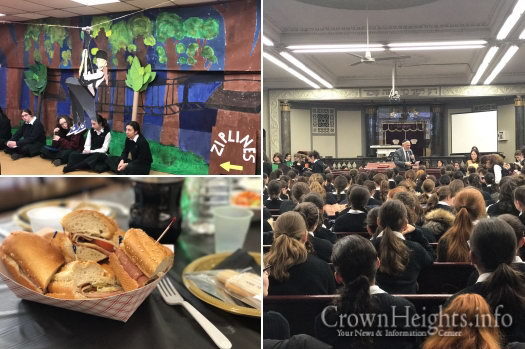 After a two-week preparation leading up to Yud Tes Kislev, Bais Rivkah maximized the day to the fullest with farbrengens and a full day program.

On Wednesday night, every grade had its own farbrengen in the home of a student. The girls were then encouraged to join the women’s CommUNITY event held in the Razag Ballroom.

In the morning, the entire school davened together, followed by the Alter Rebbe’s Niggun, played by Bais Rivka girls. Rabbi Burt Siegel, formerly a Reform Rabbi, shared his story of how he discovered Chassidus and made a turnaround, going to Mayanot to learn more and make it part of his life.

Then, Shira Nesenoff, Mushka Feldman, and Eliana Amundson inspired the students in a panel. They told of how they came to appreciate Chassidus and make it practical for their lives as chassidishe women, answering questions and showing how Chassidus is about taking the good and making it better.

After much research and pre-planning, five beautiful exhibits were assembled overnight to display a new idea in each of the five books of Tanya. The ideas of כוונה in a מצווה, giving צדקה, doing תשובה, davening, and ‘ה אחדות came through in 3D display. They ended with a hands-on application of the new thought presented.

There are many concepts in Chassidus that aren’t well known or learned about on a regular basis, and a few were addressed in the workshops that followed. Concepts like צורה vs. חומר and צמצום were brought down a little closer with fascinating presentations using unique scientific objects like dry ice and vacuums.

In honor of 40 years since the Rebbe began the campaign to print Tanyas all over the world, the Tanya Game Show was about this amazing campaign, the effect it has on the cities it touched, and some inspiring stories about printing Tanyas in interesting places.

A delicious fleishig lunch was served, and girls enjoyed the seudas yomtov, complete with singing niggunim and dancing.

While Bais Rivkah Production is coming up in Shvat iy”h, an adorable mini production was put on, portraying the role of a woman in the lense of Chassidus through drama, song, and dance. The stories of Sara Imenu, Dina, and Devora Hanevia each presented another side of the position of women in Yiddishkeit.

Rabbi D.Y. Korn from Manhattan came to empower the students to strengthen their התקשרות by conveying how much the Rebbe believes in us.

To end off this special day, Achos HaTmimim presented an inspiring opportunity to watch a farbrengen of the Rebbe, with transcripts and explanations made available by JEM, A Chassidisher Derher, and Vaad Talmidei HaTmimim.

A special thank you to the school administration and teachers for helping to make this event happen. Thank you to Mrs. Sarale Blau and Geula Katzman for leading the day’s projects, and to all of the students who led them and worked countless hours to make it happen, with dedication and enthusiasm. 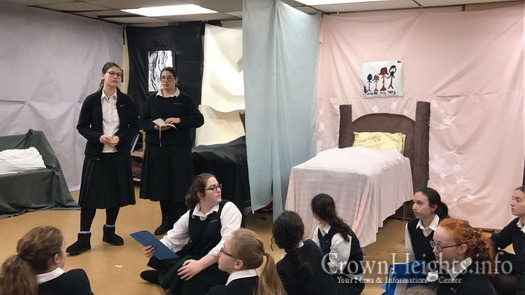 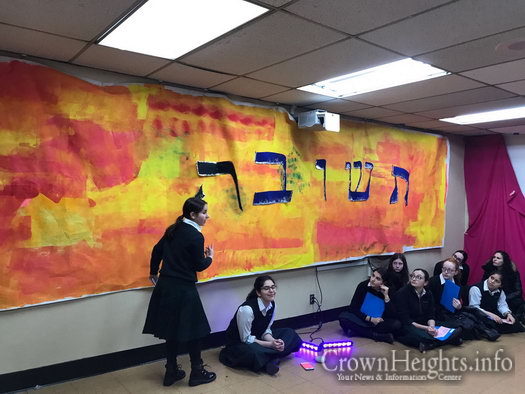 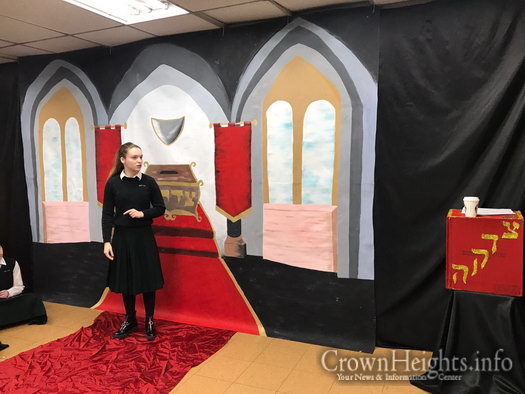 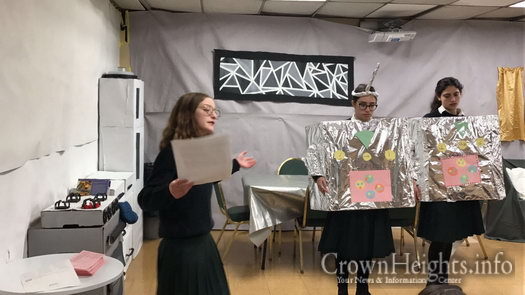 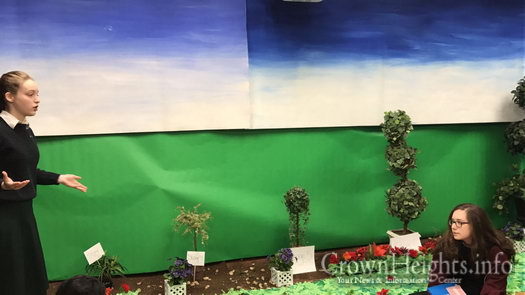 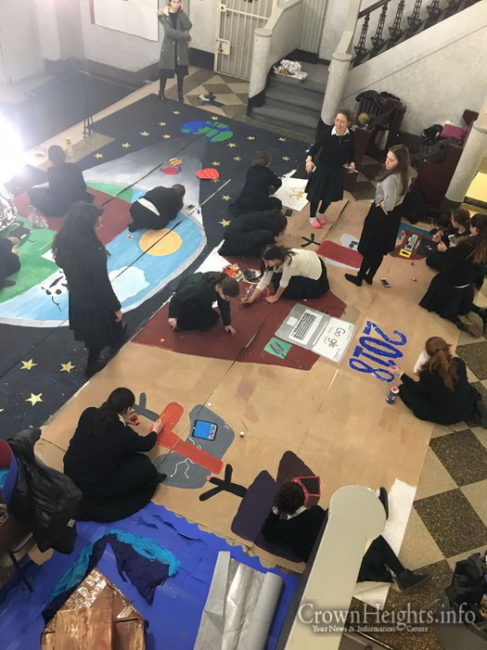 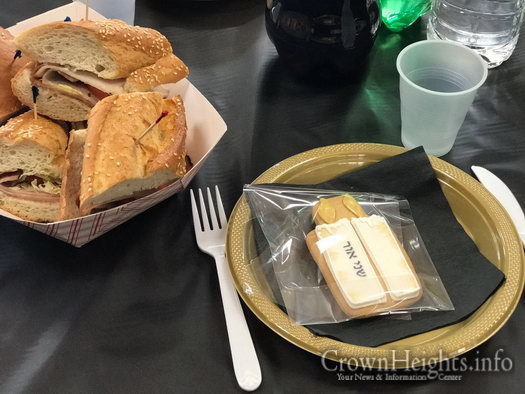 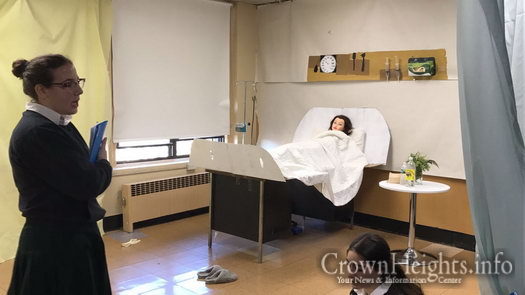 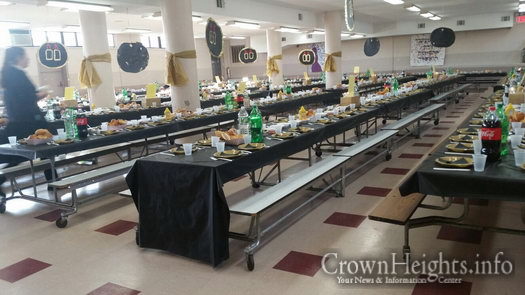 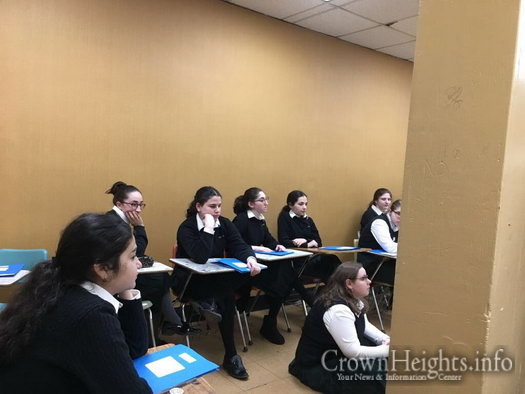 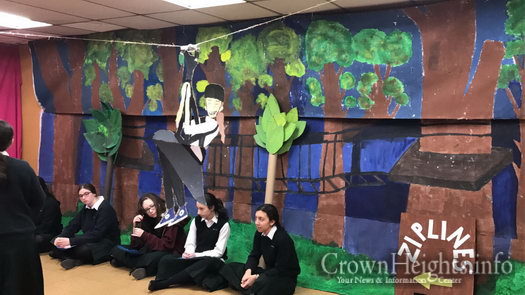 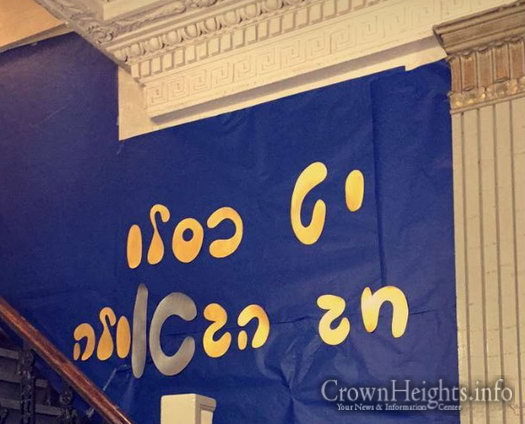 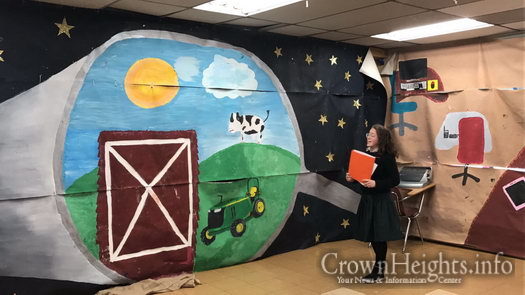 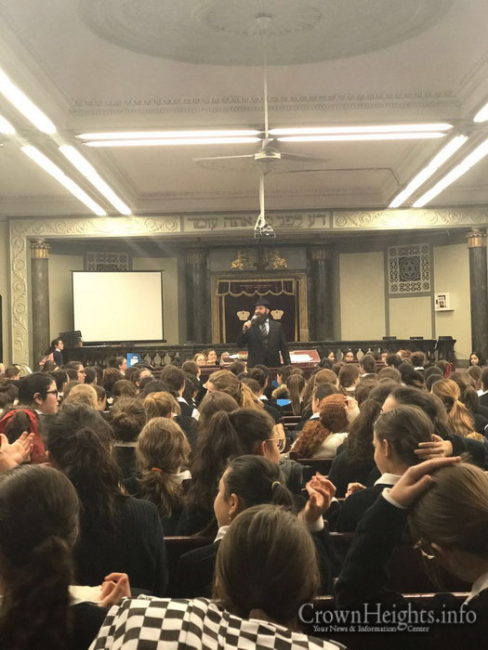 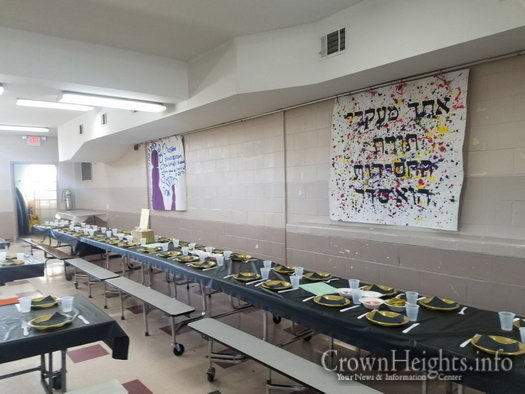 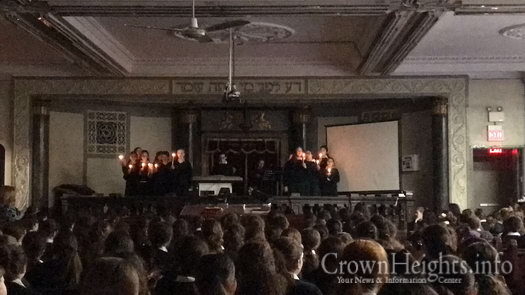 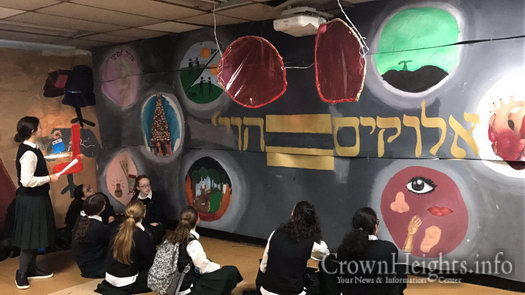 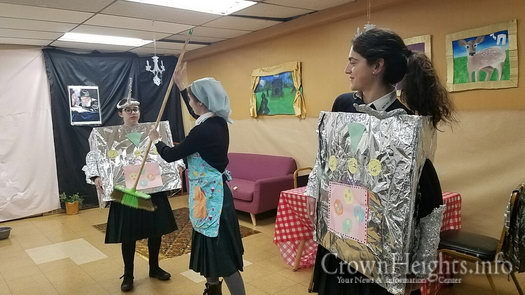 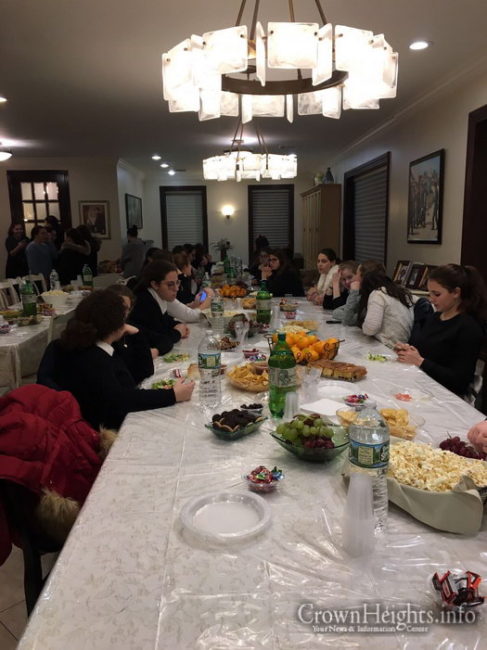 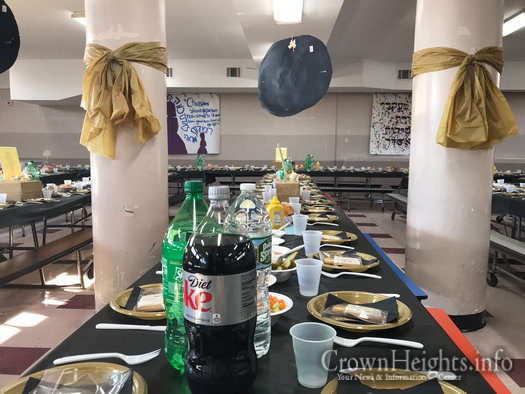 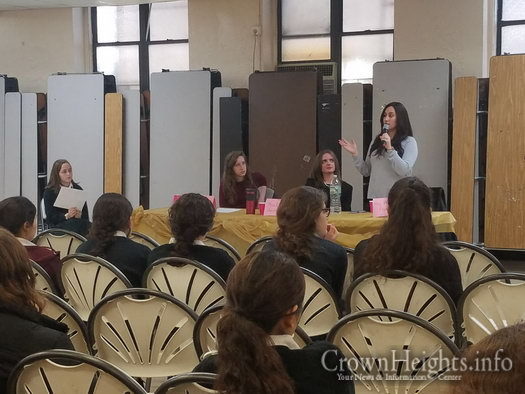 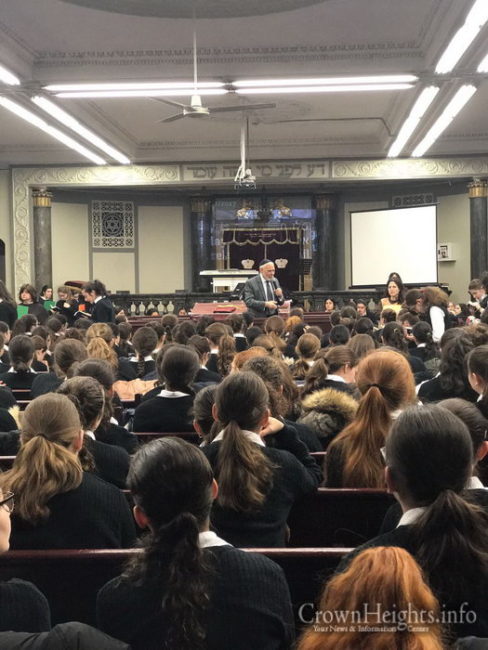 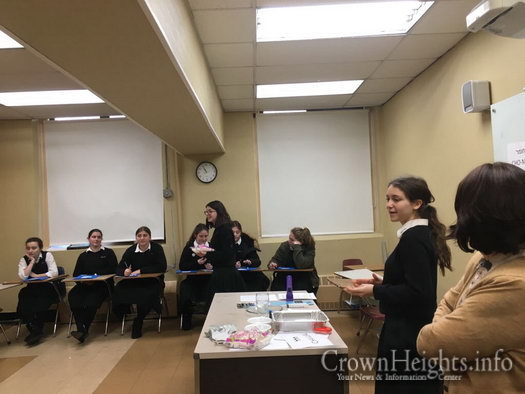 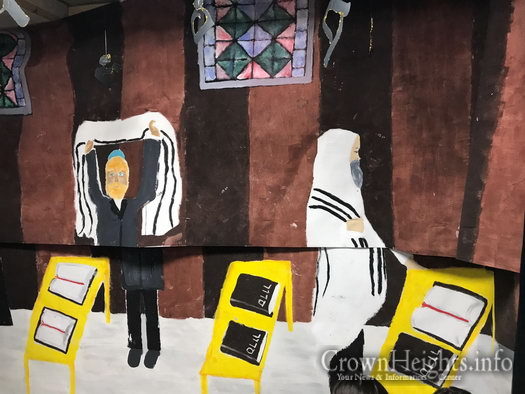 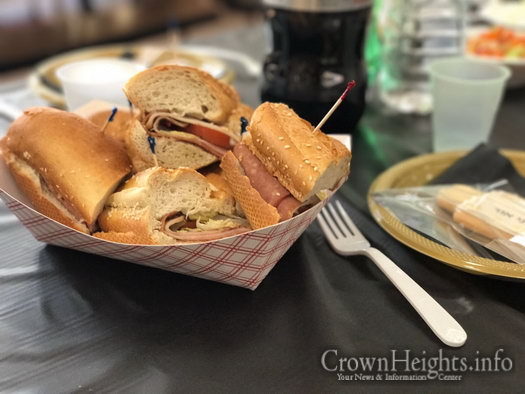