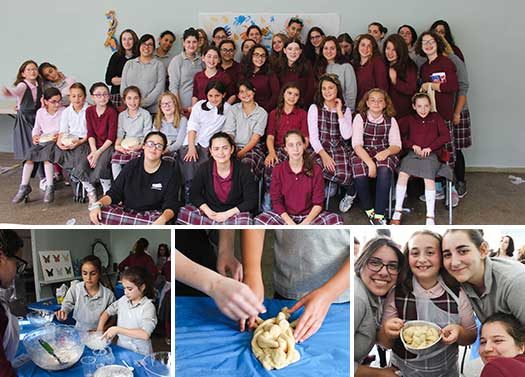 Marking the 53rd anniversary of the passing of Rebbetzin Chana, two girls schools in Crown Heights – Bnos Chomesh and Lamplighters – joined together for a unity challah bake.

In honor of Rebbetzin Chana’s 53rd yartzeit, Bnos Chomesh Academy teamed up with the girls of Lamplighters Yeshiva for an unity Challah Bake.

Hosted at the Aliyah Loft, tables were set up by the senior class of B’nos Chomesh with all the ingredients, utensils and aprons needed for Challah making. Before the girls began kneading, Mrs. Esther Vilenkin, who speaks at Challah Bake events around the country, spoke about Rebbetzin Chana and her name’s connection with the 3 Mitzos that are special to Jewish women, one of which is, of course, Challah.

“It’s really nice to join together with another school in our community,” says Ruthy Andruiser, senior at BCA. “These girls are in 4th and 5th grade and there is so much to learn from them.”

Morah Malkah Schack has the unique distinction of being a BCA graduate who is now a Lamplighter’s teacher. “Seeing my former schoolmates interact with girls that I now teach was really wonderful. It almost seemed as if we were all one school!” commented Morah Malkah. “The level of achdus that I observed, both in my students and the Bnos Chomesh girls was exactly what I would have expected of both groups. It was a lovely experience.”

After preparing the dough, girls watched as BCA teacher, Mrs. Mushkie Silberberg, gave a demo on how to make a six braid. BCA-ers and Lamplighters assisted one another in forming beautifully braided round challahs that will grace the tables in their homes on Erev Yom Kippur.

Rochel Schmerling and Musia Gurevitch, Bnos Chabad leaders at Bnos Chomesh were the driving force behind the joint-school Challah Bake. “We always look for opportunities to stress the three special mitzvos of the woman, and Vov Tishrei is such a good opportunity to do just that. At the same time, it was an opportunity for our girls to be leaders; to teach, inspire, and connect with the younger girls.”

Each girl left with a beautiful card containing Challah recipe and instructions for Hafrashas Challah, as well as the great feeling that comes with bonding with a fellow Jew. 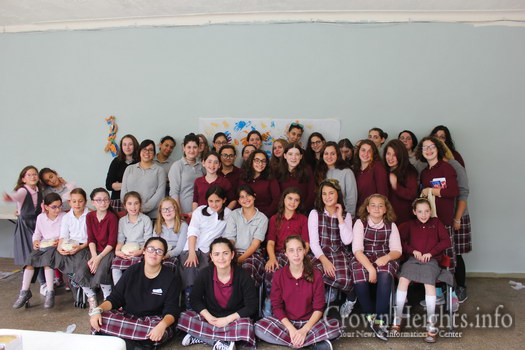 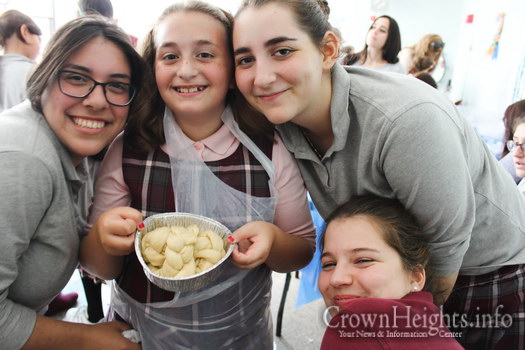 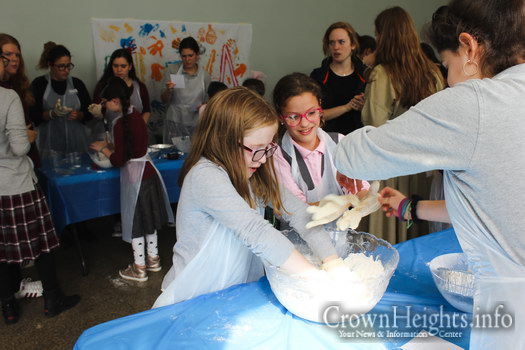 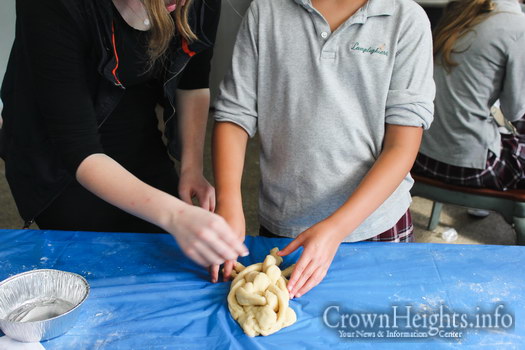 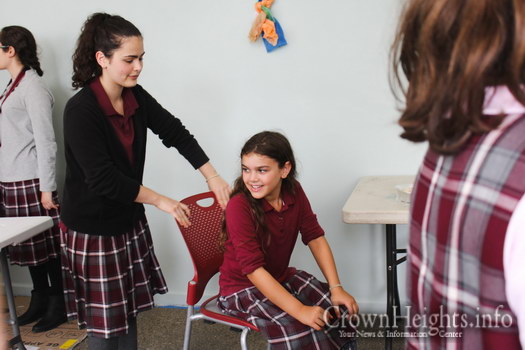 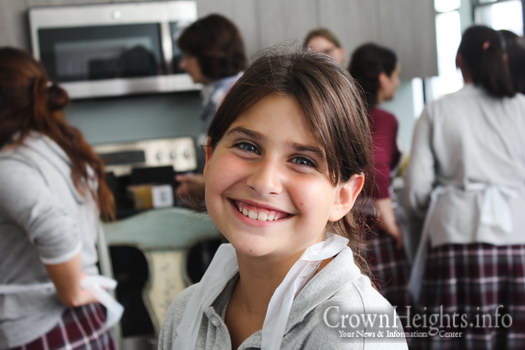 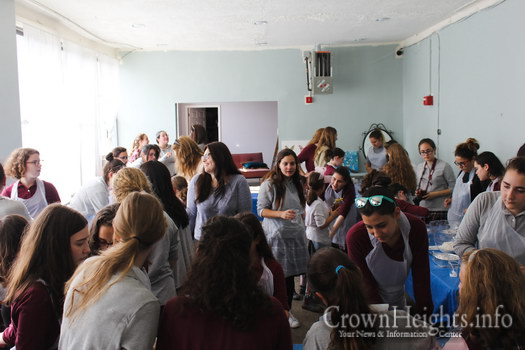 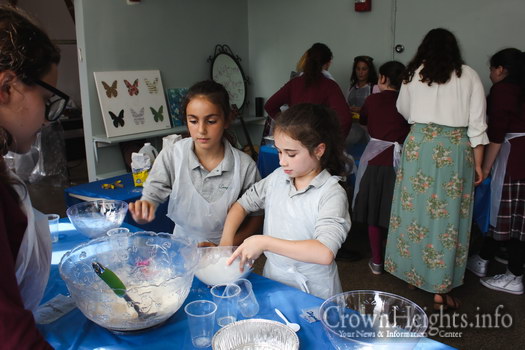 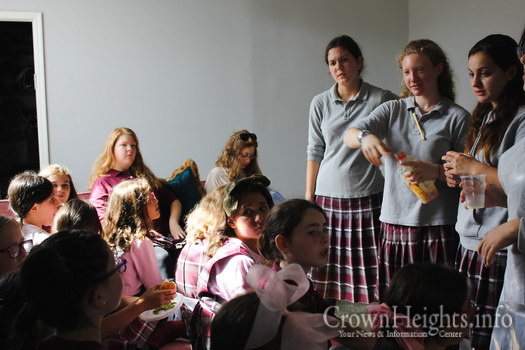 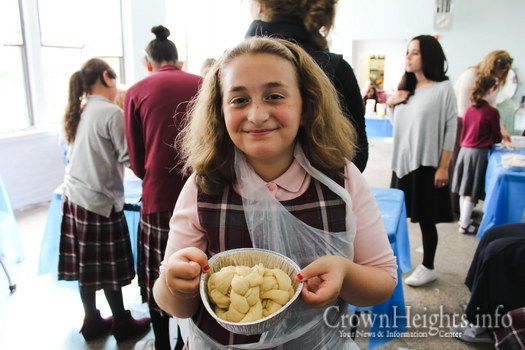