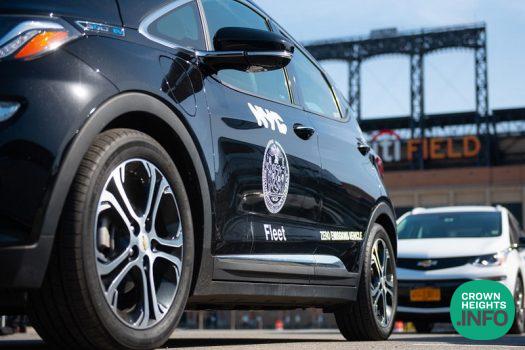 In Bid To Increase Safety, City Vehicles To Have Their Speed Restricted

“Speeding ruins lives, so we must take action to prevent it, and New York City is leading by example by implementing new technology to reduce speeds on city fleet vehicles,” said Mayor Adams. “Our streets must be livable for everyone, and this technology will ensure that speeding is impossible in city vehicles. We must ensure that everyone can share the street space safely, because traffic safety is public safety.”

Unlike similar speed reduction technology, the active ISA program installed in the city fleet will not just set a maximum speed for the vehicle but will also be adaptable based on the local speed limit. There are two modalities of ISA: active and passive. With the active system, if the operator of a fleet vehicle attempts to drive over the local speed limit, the ISA technology will activate and slow the vehicle down automatically. Alternately, the passive system will alert the driver when they are driving above the speed limit. DCAS will also be expanding passive driver alerts through the city’s existing telematics system.

The pilot program — totaling more than $80,000 in retrofits and installations — is starting with vehicles from DCAS, DOC, BIC, NYC Parks, the New York City Department of Transportation, the New York City Department of Environmental Protection, and the New York City Taxi and Limousine Commission. DCAS will also work with NYC Parks to test similar ISA functionality that will come with 14 new, all-electric Ford Mach Es that rolled out this past spring. The program will be closely monitored over the next six months. Upon the pilot’s completion, DCAS will partner with the U.S. Department of Transportation Volpe Center to prepare a report on the initial implementation. Next steps will be determined based on a full assessment of the pilot program.

In addition to the SFTP, DCAS has implemented a wide variety of safety measures as part of Vision Zero. Other measures include the city’s fleet first CRASH management system, the nation’s largest rollout of live vehicle tracking devices managed through the city’s Fleet Office of Real-Time Tracking, the nation’s leading program of truck safety guards, barring hands-free phone use by fleet operators and providing safety training to over 76,000 city employees.