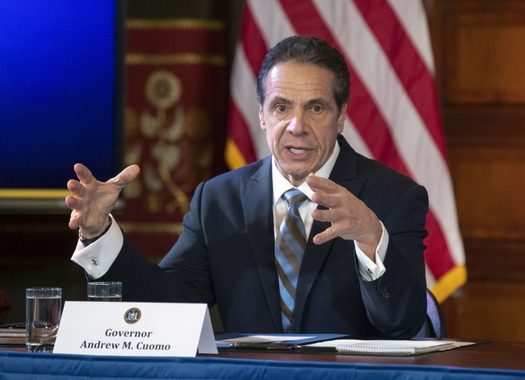 “Yesterday we did 145,000 tests, which is a new record for the State of New York. That’s more tests than anyone’s doing in the United States, a new high for us. The tests, and the reason we’re increasing tests, is we’re testing two universes–the normal statewide testing, which is what we’ve been doing, and then testing just in the hot spot ZIP codes,” Governor Cuomo said. “Some have reported that the state’s infection rate is going up. That is not a fact and that is incorrect. The clusters are what we are watching. The clusters are 6 percent of the state population. I don’t think there’s any other state that does enough testing to even know what 6 percent of the population is doing. So don’t confuse 6 percent of the population and say it’s representative of the state.”

New York State continues to track clusters with a particular focus on areas where there are hot spot, cluster situations. Within the top 20 ZIP codes in counties with recent outbreaks – Brooklyn, Queens, and Rockland and Orange Counties – the average rate of positive tests is 5.8 percent. The rate of positive tests for the remainder of New York State, not counting these 20 ZIP codes, is 1.01 percent. These 20 ZIP codes contained 23.2 percent of all positive cases in New York State yesterday, but represent only 6.2 percent of the state’s population.

Areas in hot spot communities, predominantly in Brooklyn, Queens and Rockland and Orange Counties, will continue to be subject of focused testing efforts including access to rapid testing machines. The ZIP codes are available below, sorted by highest positivity on 7-day average. 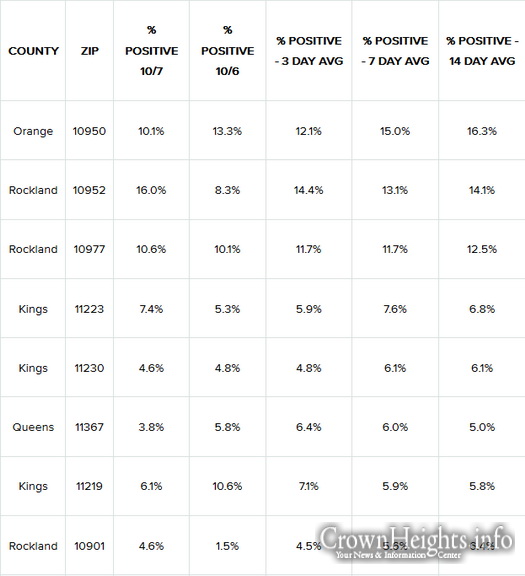 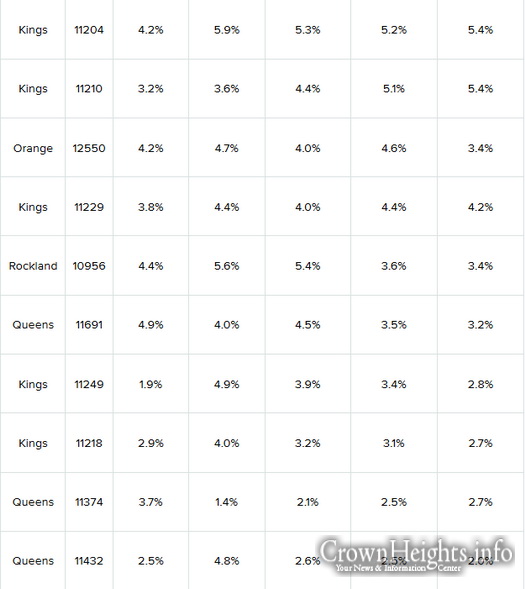