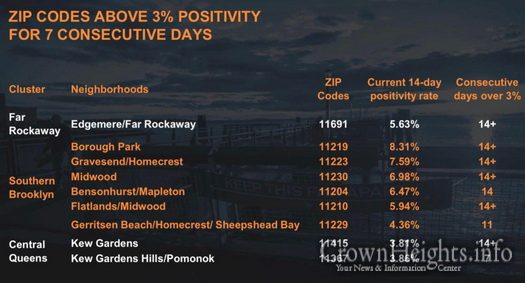 One day ahead of de Blasio’s plan to shut schools across nine ZIP codes that have shown an alarming spike in COVID-19 cases, Governor Cuomo weighed in, shutting them down starting tomorrow.

The schools will be returning to virtual learning on Tuesday, and Cuomo has announced that the State, not the City, will be responsible to enforcement.

The closures include the heavily Orthodox Jewish neighborhoods in Borough Park, as well as Jewish Flatbush, Far Rockaway and Queens areas.

Though de Blasio’s original plan was to shut all non essential businesses, Cuomo held off, instead putting shuls and religious institutions on notice.