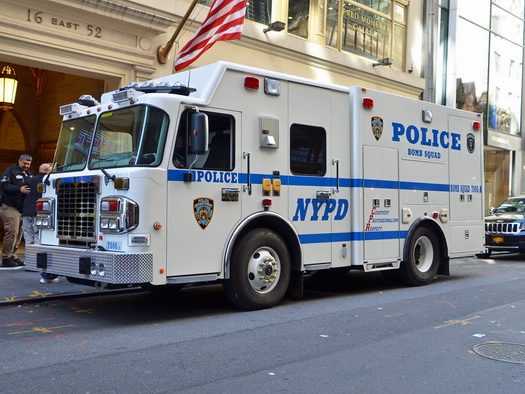 The resident of the Queens home where suspected bomb-making materials were discovered after a fire has been charged with reckless endangerment, cops confirmed Wednesday morning.

Marak Squires, 37, who lives in a home on 19th Street across from Astoria Park, was arrested at NewYork-Presbyterian/Weill Cornell Medical Center — where police brought him Tuesday after finding him acting erratically in the first-floor apartment.

Authorities said they were tipped off to the potential explosives after the home erupted in flames around 2 p.m. that day.