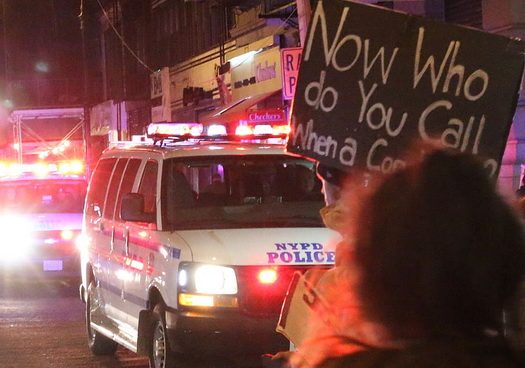 Dozens of protesters, including suspected members of the anti-fascist group Antifa, rampaged through Williamsburg over the weekend, trashing several national chain stores and spraying anti-police graffiti, according to police and sources.

The rowdy mob marched through the Brooklyn neighborhood late Saturday, with police first receiving a 911 call at 8:20 p.m. about vandalism at an Apple Store on Bedford Avenue, where they found broken windows and the letters “FTP” spray-painted on the wall, cops said.

The protesters, who also targeted a Whole Foods store in the neighborhood, tagged one building with the message “Murder Bezos,” according to reports.