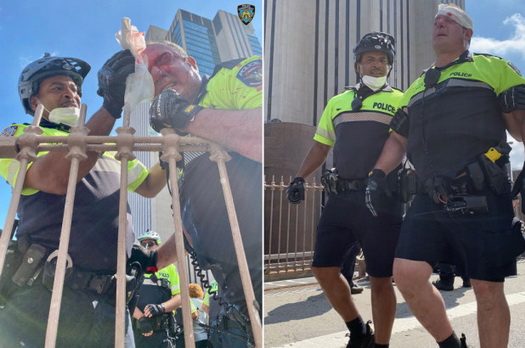 The Bronx man who allegedly punched NYPD Chief Terence Monahan and two other officers during protests on the Brooklyn Bridge Wednesday has been released without bail.

Quran Campbell, 25, is accused of socking the highest-ranking uniformed cop several times in the face as Monahan tried to arrest him after Campbell had allegedly punched another NYPD officer and lieutenant near the Manhattan approach to the bridge.

Campbell was arraigned on assault charges in Manhattan criminal court and was granted supervised release.