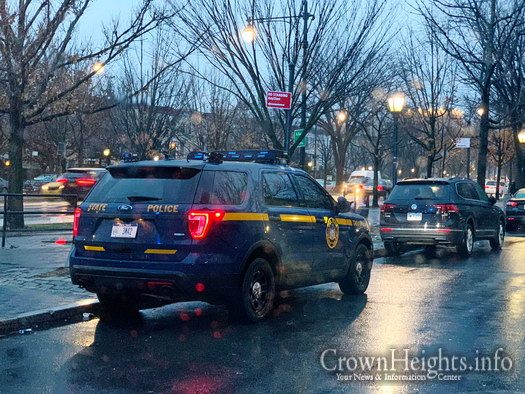 Thomas H. Mungeer, President of the New York State Troopers Police Benevolent Association, has demanded that all NYS Troopers be pulled from their stations in New York City.

“As President of the New York State Troopers PBA, I am demanding that New York State Police Superintendent Keith Corlett immediately remove all uniformed State Troopers currently stationed within New York City and cease any law enforcement activities within that jurisdiction,” Mungeer wrote. “We have arrived at this unfortunate decision due to the hastily written so-called police reform legislation recently passed by the New York City Council. This poorly conceived bill, which will be signed into law by Mayor de Blasio today, puts an undue burden upon our Troopers; it opens them up to criminal and civil liability for restraining a person during a lawful arrest in a manner that is consistent with their training and is legal throughout the rest of the State. Furthermore, this legislation will prevent Troopers from safely and effectively arresting resistant subjects.”

The Council legislation would allow for personal criminal prosecution of officers for acts of force that the council feels is excessive. These would include kneeling on pressing on a persons chest head or neck, a controlling tactic used by law enforcement across the world, and even elsewhere in New York State.

“Despite the positive effects of the presence of Troopers in New York City, this constraining legislation leaves us with few other options.” Mungeer wrote. “One option would involve New York State Attorney General Letitia James indemnifying State Police members from this ill-conceived law. As that is unlikely to happen, it is the position of the Troopers PBA that if we continue to allow our members to remain stationed and conduct police activity within the five boroughs of New York City, we may be opening them up to criminal and civil liabilities simply by doing the job they were trained to do.”