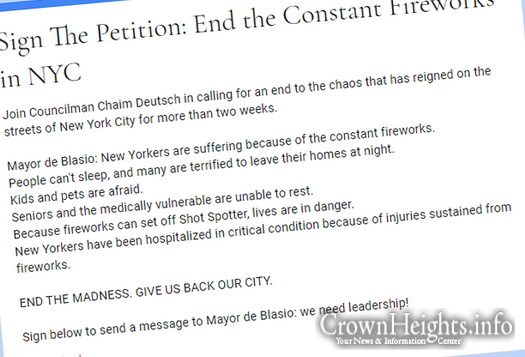 New York City Councilman, Chaim Deutsch, has published a petition calling for an end to the chaos that has reigned on the streets of New York City for more than two weeks.

The petition states that “New Yorkers are suffering because of the constant fireworks. People can’t sleep, and many are terrified to leave their homes at night. Kids and pets are afraid. Seniors and the medically vulnerable are unable to rest. Because fireworks can set off Shot Spotter, lives are in danger. New Yorkers have been hospitalized in critical condition because of injuries sustained from fireworks.”