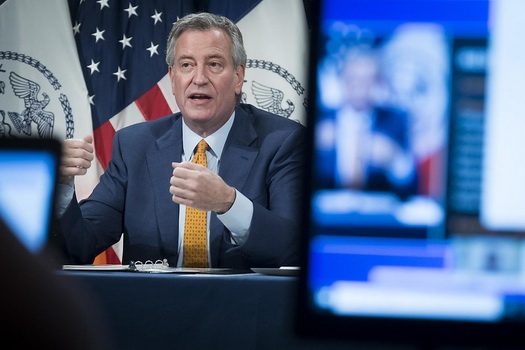 Mayor Announces That Playgrounds Will Open As City Enters Phase 2

The mayor also announced that playgrounds will reopen on Monday across the city.

“We’ve seen consistent progress and it is time to say to everyone get ready for phase two,” de Blasio told a daily news conference.

Many locked Brooklyn playgrounds were opened this week by elected officials and community members opposed to the mayor’s policy that they remain closed even as New York entered Phase 1 of the reopening following the coronavirus shutdown, and despite the mayor’s approval of large gatherings at Black Lives Matters protests.

Gov. Andrew Cuomo announced last week that each locality may decide when its playgrounds are permitted to open, but de Blasio said that New York City playgrounds would not open until Phase 2.