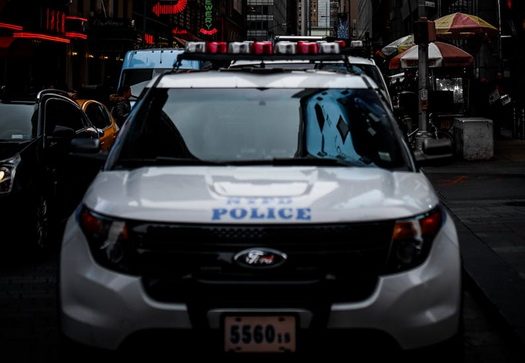 Three police officers taking out food from a Manhattan Shake Shack ingested a toxic substance Monday night, causing a scare that they had been purposefully poisoned.

The officers had been detailed to a protest near Broadway in Manhattan and had stopped for a smoothy. After drinking some, the three officers became sick, possibly due to bleach in their beverages.

The Police PBA published an advisory for all its officers, warning of the possible poisoning, and telling the officers that “It is clear that the conditions in which we work are deteriorating to a critical level.”

The substance was later identified as a strong cleaning solution called Stera Sheen.

An investigation by the NYPD also later determined that the poisoning was not criminal, according to a tweet from NYPD Chief Rodney Harrison. 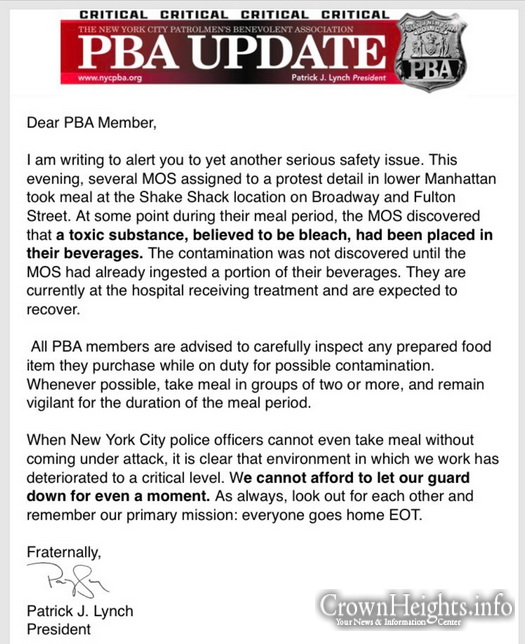