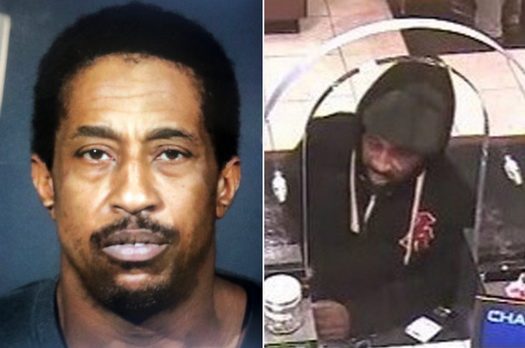 United States Attorney Richard P. Donoghue published the following statement after a man who attempted to rob four New York City banks was released from police custody due to the Justice Reform Laws. The man went on to commit two additional bank robberies before the federal government stepped in. He surrendered to the Feds at a Manhattan Court on Friday.

For the last four days, Special Agents of the Federal Bureau of Investigation (FBI) and detectives of the New York City Police Department (NYPD) have sought to arrest Gerod Woodberry pursuant to a federal arrest warrant charging him with bank robbery.[1] That effort was necessary because, as set forth in the federal Complaint and related documents filed in court today, Woodberry was released after his January 8, 2020 state arrest following four bank robberies he allegedly committed between December 30, 2019 and January 8, 2020. Earlier this afternoon, Woodberry surrendered.

As alleged in court documents, Gerod Woodberry robbed or attempted to rob six New York City banks in 16 days. Those robberies and attempted robberies were committed on December 30, 2019, January 3, 2020, January 6, 2020, January 8, 2020, January 10, 2020 and January 14, 2020. This robbery spree is unprecedented and it is made all the more so by the fact that he was actually arrested and released in the midst of his crimes. The January 10, 2020 robbery in Brooklyn was committed less than four hours after his release on the January 8, 2020 arrest, a release required under recently-enacted bail reform legislation.

No sound, rational and fair criminal justice system requires the pre-trial release of criminal defendants who demonstrate such determination to continuously commit serious crimes. Prior to the recently-enacted reforms, New York judges weighing pre-trial release could consider the flight risk, but not the dangerousness, posed by a charged defendant. The recent reforms have made a bad situation worse by entirely excluding classes of purportedly “non-violent” felonies – like the bank robberies here – from pre-trial confinement eligibility. Preventing judges from considering the danger a charged defendant poses to the public when making a pre-trial confinement decision defies common sense and endangers all New Yorkers.

I thank and commend the FBI and the NYPD for the exemplary work they do every day to keep the people of New York City safe.