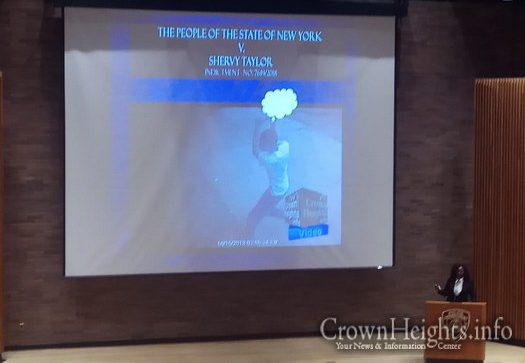 New York City’s police department on Wednesday assured the Jewish community in the five boroughs that synagogues and community centers will receive extra security during the Passover holiday, which begins on April 19.

Rabbis and community leaders received the assurance during an NYPD pre-Passover briefing that highlighted a disturbing spike in antisemitic hate crimes in the city.

“Unfortunately, it has been a horrific first quarter of the year,” Capt. Timothy Hollywood — head of the NYPD’s Bias Crimes Unit — told the briefing.

The highest number of antisemitic offenses has been registered in the Crown Heights section of Brooklyn. Several of the recent violent attacks on Orthodox Jewish men in the neighborhood were caught on camera, and the suspects subsequently arrested.

NYPD Commissioner James P. O’Neill told the briefing that the rise was troubling. “We certainly won’t hide from this,” O’Neill promised.

“It only strengthens our resolve to combat any and all forms of bias, prejudice and hate, but we need your help,” the commissioner said.