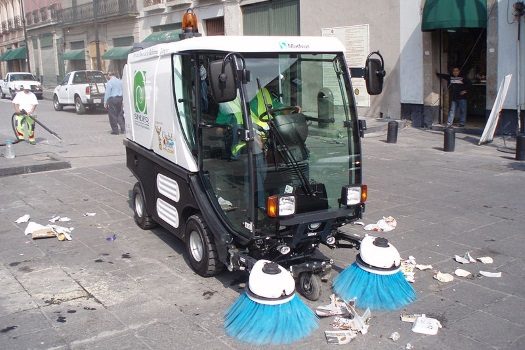 Assemblyman Yoni Hikind has proposed that the New York City Department of Sanitation replace their large sweeper trucks with smaller, mobile vacuum units that are capable of cleaning the streets and could eliminate the need for alternate side of the street parking.

Criticized by some for his lack of formal governmental experience, a city council candidate is turning the tables on his detractors by challenging a policy enacted over sixty years ago to potentially solve several problems that have long plagued Brooklyn residents.

A proposal introduced Tuessday by Yoni Hikind pinpointed alternate side of the street parking as a major source of congestion and parking woes in the city’s 44th District.

Originally introduced by the Department of Sanitation in the 1950s to give large mechanized street sweepers an opportunity to clean city roadways, the policy forces drivers to relocate their parked vehicles at certain times on designated days and creates significant hardships in an area where parking is already difficult to find.

The solution according to Hikind?

Replacing the Department of Sanitation’s large sweeper trucks with smaller, mobile vacuum units that are capable of cleaning the streets and could eliminate the need for alternate side of the street parking.

Hikind said that the new generation of vacuums are already in use in Baltimore, Atlantic City, Brussels, Paris and Toronto where they are doing a better job of cleaning streets than their decades-old predecessors.

According to Madvac, a manufacturer of compact sweepers and vacuums, the machines are also in use in several other locations including Bridgeport, Connecticut, Woodbridge Township, New Jersey, Austin, Texas and Keane, New Hampshire.

“I would love to be able to have a pilot program in our area,” said Hikind.  “This could be a game changer.”

The Department of Sanitation did not immediately respond to a request for comment on the matter.

Hikind said his plan came about through conversations with area residents.

“Since day one I have described my candidacy as a job interview and I have been walking the streets asking people what they would want me to do to improve their lives,” said Hikind.  “The most common things I hear about are daily life issues, like traffic.”

Researching how other cities have coped with congestion problems, Hikind came across street vacuums that promote cleanliness without exacerbating traffic conditions.  The idea is just one of many he hopes to implement that challenges the status quo in order to better the lives of district residents.

“It’s not only elected officials who can come up with good ideas,” said Hikind.

“Citizens can be extremely helpful in solving the problems we face in our day to day lives. Government can get stale at times and when it comes to problem solving sometimes you need to think out of the box.  We owe it to our community to continue pushing the envelope and I have every reason to believe that this can make a difference in people’s lives.”​