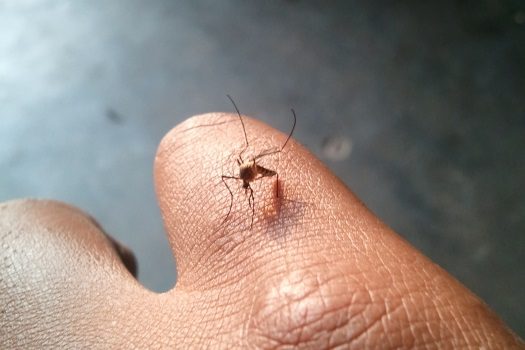 For the first time this mosquito season, the Health Department has detected mosquitoes with West Nile virus in New York City.

The infected Culex pipiens mosquitoes were collected in Rossville, Staten Island. No human cases have been reported to date. Mosquito season in New York City typically spans from April through September. The Health Department is increasing mosquito surveillance in the surrounding area by installing additional mosquito monitoring traps. There are currently over 60 surveillance sites citywide. The Department will spray pesticide to target mosquitoes if persistent West Nile activity is detected. The City will continue its efforts to kill mosquito larvae before they can bite by applying larvicide in catch basins, marshland and other areas with standing water. The Health Department has already begun catch basin larviciding. The first helicopter-based larviciding in the marsh areas of Staten Island, Brooklyn, Queens, and the Bronx is scheduled for the end of this month.

The Health Department has successfully helped control mosquito-borne diseases for 18 years, when the West Nile virus was first detected. Throughout the early spring and summer, the Department conducts regular mosquito surveillance and currently has 120 surveillance traps in the five boroughs. The agency’s mosquito control efforts are data driven and rely on our mosquito trapping and testing results to determine areas of the city to spray pesticide and larvicide. Neighborhoods are treated by helicopter, truck or backpacks if sufficient criteria are met.

“There are simple precautions you can take to protect yourself and your family from mosquito bites when outside – wear insect repellent and cover your arms and legs, especially at dawn or dusk,” said Health Commissioner Dr. Mary T. Bassett. “Additionally, remove standing water from items that might harbor mosquitoes, including buckets, planters or any other containers that might be outdoors. Call 311 for any standing water you cannot manage yourself.”

Not everyone infected with West Nile virus will become ill. However, West Nile virus can cause  serious complications, including neurological diseases, and can also cause a milder flu-like illness with headache, fever and fatigue, weakness and sometimes rash. If you think you have symptoms of West Nile virus, see your doctor right away.