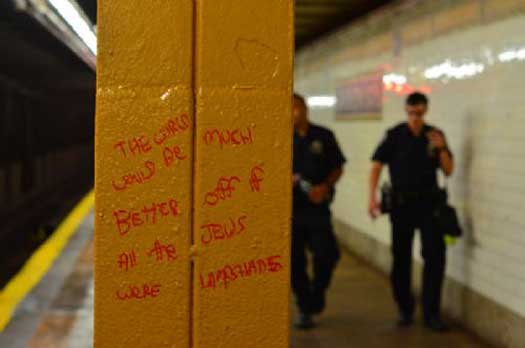 Graffiti at the Kingston Ave. subway station: "The world would be much better off if all of the Jews were lampshades."

from the NY Daily News:

In a report to the MTA board, Transit Bureau Assistant Chief Vincent Coogan said 22 of 31 hate crimes that happened in the subway targeted Jews, mainly through graffiti.

Last year, over the same period, only seven bias crimes total in the subway were reported.

But this year, a rash of swastikas and comments that advocate the killing of Jews have been spotted on train cars and in stations.