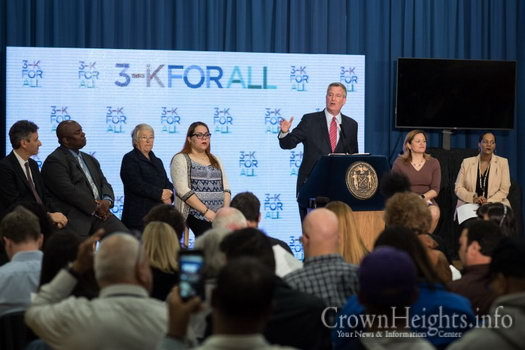 Mayor Bill de Blasio is proposing free, full-day early childhood education for all of New York City’s 3-year-olds by the fall of 2021.

De Blasio said that the city hopes to launch a pilot of the program next fall year at a cost of $36 million, which would rise to $177 million once the full program is implemented.

The state and federal governments would have to pitch in to make the program financially viable, he said.