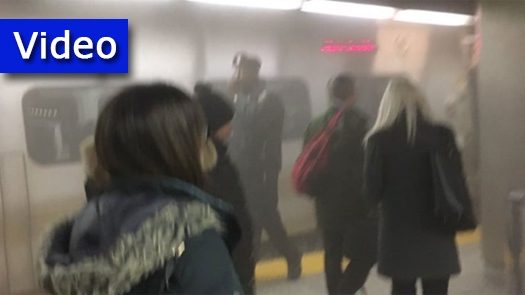 More than 100 people suffered minor injuries when a Long Island Rail Road train crashed into the Atlantic terminal station in Brooklyn this morning.

Fire officials at the scene Wednesday said metal that appeared to be from a rail pierced the bottom of the train and the wheels lifted up. They said the crash also damaged a work area beyond the tracks.

The incident is under investigation.