« Israeli Backpackers and Chabad Save Life of Japanese Tourist in Nepal
Here’s My Story: The Taskforce » 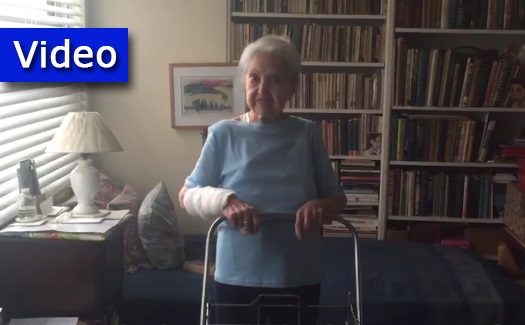 The NYPD says they’ve arrested a would-be mugger whose attempt to steal a Holocaust survivor’s purse was thwarted when the then-90-year-old woman fought back.

Forty-nine-year-old Lillian Maduro was arrested Monday and charged with robbery and assault in connection with the September 27 incident in Greenwich Village.

Authorities say Maduro sneaked up behind Gina Zuckerman and tried to grab her bag from her utility cart. Zuckerman was knocked down during the assault but wouldn’t let go of her bag.

Police say Maduro fled and remained on the loose until a DNA sample helped link her to the crime.

« Israeli Backpackers and Chabad Save Life of Japanese Tourist in Nepal
Here’s My Story: The Taskforce »