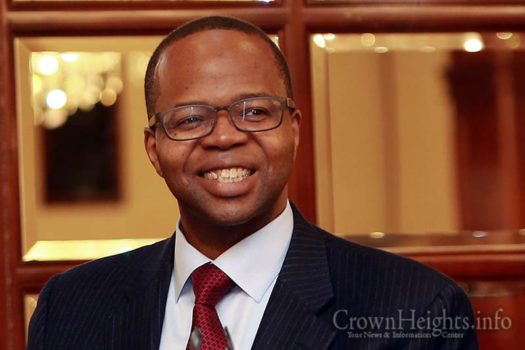 Brooklyn’s District Attorney Ken Thompson has died after a hard fought battle with a terminal illness and just a short while after disclosing his ailment. He passed away Sunday evening at the age of 50.

The following statement was released by the office of the district attorney:

Having campaigned on the promise to restore confidence in the criminal justice system,  District Attorney Thompson established a model Conviction Review Unit which, in three years, moved to vacate or support the dismissal of the convictions of 21 people who were wrongfully convicted of murder and other offenses.

In 2014, District Attorney Thompson implemented a groundbreaking policy not to prosecute low-level marijuana possession arrests, in order to spare young people from the burden of a criminal record.

Prior to being elected District Attorney, Ken Thompson served as a former federal prosecutor in the Eastern District of New York, where he was a member of the team that successfully prosecuted former New York City Police Officer Justin Volpe in the brutal 1997 beating and torture of Haitian immigrant Abner Louima.

Mr. Thompson also served as a Special Assistant to the U.S. Treasury Department Undersecretary for Enforcement in Washington, D.C., and in the General Counsel’s Office at the Treasury. He was on the team of lawyers and federal agents that conducted the investigation ordered by President Clinton of the 1993 raid on David Koresh and the Branch Davidian Compound in Waco, Texas.

After serving as a federal prosecutor, Mr. Thompson worked at a prominent international law firm. He then co-founded his own firm, where he represented victims of pregnancy discrimination, as well as those who had been subjected to unlawful prejudice due to their race, gender, age, religion, or sexual orientation.

Mr. Thompson also worked with members of Congress and the clergy to convince the U.S. Department of Justice to reinvestigate the 1955 murder of 14-year-old Emmett Till in Mississippi.

District Attorney Thompson was born and raised in New York City, where his mother, Clara Thompson, was one of the first female police officers in the New York City Police Department to patrol the streets in 1973, and went on to serve as a member of the NYPD for 21 years.

District Attorney Ken Thompson is survived by his wife of 17 years, Lu-Shawn Thompson, his two children, Kennedy and Kenny, his mother, father, brother and sister. The family were by his side at Memorial Sloan Kettering Hospital at the time of his passing.