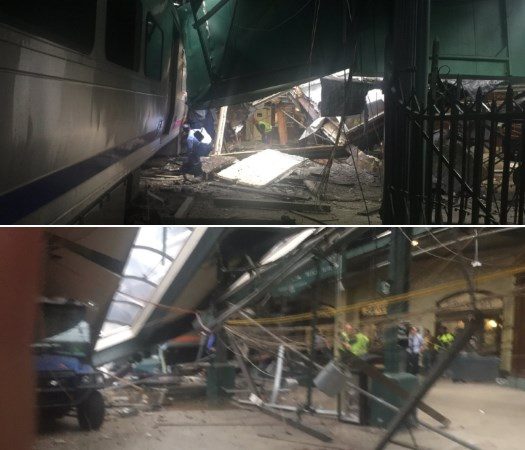 One person was killed and more than 100 people were injured, some of them critically, when a New Jersey Transit train derailed and crashed through the station in Hoboken, New Jersey, during the morning rush hour on Thursday. The train originated in Spring Valley, NY.

Dramatic pictures posted by commuters showed a train carriage that appeared to have smashed right through the station concourse, collapsing a section of the roof, scattering debris and wreckage and causing devastation.

ABC News said on its website that New Jersey Transit was reporting many passengers were trapped.

Hoboken lies on the west bank of the Hudson River across from New York City. Its station, one of the busiest in the metropolitan area, is used by many commuters traveling into Manhattan from New Jersey and further afield.