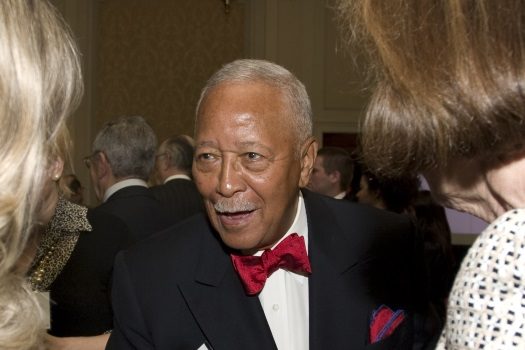 Former New York City Mayor David Dinkins denied on Saturday an accusation in a lawsuit that he plowed into a bicycle deliveryman while driving on a Manhattan street and then fled.

Deliveryman Rodrigo Garcia alleged that a car driven by the 89-year-old former politician struck him on June 30 as Garcia was stopped to make a turn on Manhattan’s Upper East Side. Police did not file any charges, Garcia’s attorney said.

Dinkins, who was mayor from 1990 to 1993, drove off and did not return to the accident site, according to the lawsuit filed on Friday in Manhattan Supreme Court.

The lawsuit says that the victim was seriously injured in the incident. The New York Post reports that he suffered a broken ankle.