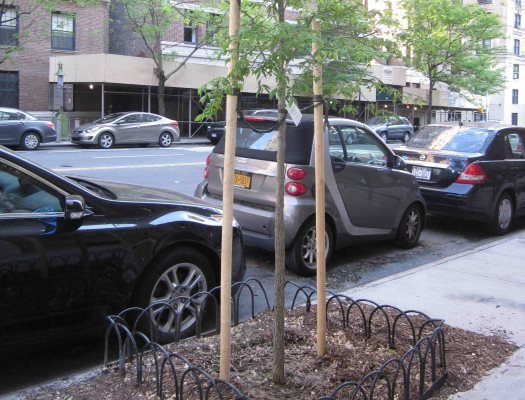 Former Mayor Michael Bloomberg may have had ambitious goals when he announced his intention to plant one million trees in New York City by the year 2017, but some Brooklyn residents are objecting to the forced beautification of their streets according to a local elected official.

Assemblyman Dov Hikind spoke out today against the mandatory project, saying that while it may have environmental and aesthetic benefits, it forces homeowners to deal with a host of issues, including raking leaves, rambunctious tree roots that can permanently damage sidewalks and falling tree limbs.

“These trees come with responsibilities and those responsibilities then become the problem of the homeowner,” Hikind told VIN News.  “Aren’t there enough spaces to plant these trees on not infringe upon peoples’ property rights?”

Hikind said that homeowners should have the option of refusing a tree in front of their home and asked Mitchell Silver, commissioner of the New York City Department of Parks and Recreation to change city policy and allow homeowners to refuse a tree.

“I am for trees, but I am against forcing homeowners to have one in front of their house,” said Hikind.

Free trees had previously been available from the city on a first come first serve basis, but under the MillionTreesNYC project, many homeowners were not aware that they were about to receive a tree until their sidewalks were marked and cut.