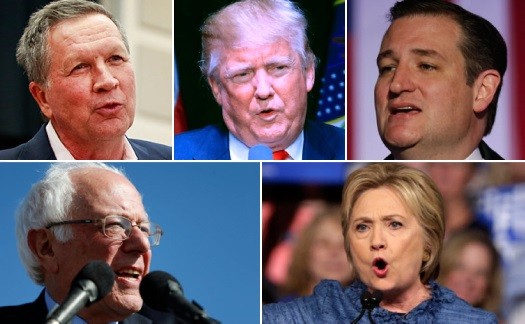 Usually, primary races are pretty much over by the time the New York primary comes around. This time, it’s different, and that’s why New York has seen an unusual amount of campaigning this election year.

Voters go to the polls in New York today to decide who they want on the ticket for the presidential election in November.

Polls are open from noon to 9:00pm in most of the state.

Running on the Democratic side is former New York Senator Hillary Clinton, and a Jewish Brooklyn-native, Vermont Senator Bernie Sanders.

Donald Trump boasts a sizable lead in the polls over his Republican rivals, while Clinton maintains a significant lead over self-described socialist Sanders.