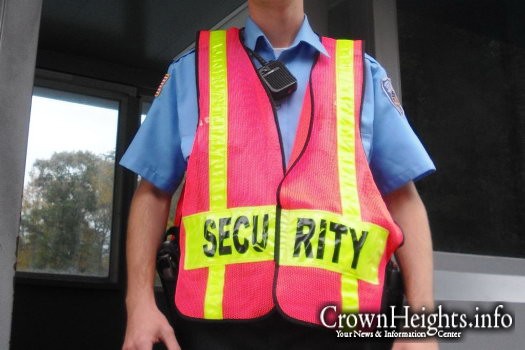 In a legislative move that is being touted as historic, Mayor Bill de Blasio and the New York City Council have reached an agreement to fund at least one security guard for every religious and private school with 300 students or more if a school requests it.

This is the first time religious and private educational institutions will receive taxpayer-funded security.

Sponsored by Councilman David Greenfield, a Brooklyn Democrat, the proposed legislation initially requested an NYPD school safety agent be posted at private schools, but the projected $51 million cost and fears of overburdening the NYPD had stalled the legislation until now.

Greenfield has long contended that private schools need extra security because of the risk of a terrorist or anti-Semitic attack. “Nothing is more important than our children’s safety,” Greenfield said. “This legislation recognizes that all children, regardless of where they go to school, deserve to learn in a safe environment.”

Following negotiations, the City has now agreed to pay a maximum of $19.8 million for an unarmed private guard from a “state licensed security guard agency” for the first year of the program. The guards will be paid a union-level prevailing wage. Greenfield had initially put the price tag for this legislation at $39 million to cover 212 Jewish schools, 233 Catholic schools, 138 other non-public schools, and 66 other “religiously-affiliated schools.”

“This first-of-its kind program in New York City is going to help keep children in private schools safe,” City Council Speaker Mark-Viverito said. “The New York City Council is proud to lead on this landmark public safety measure and we look forward to its implementation.”

In a statement, Mayor de Blasio echoed the Speaker’s sentiments saying, “The safety of all children is our collective responsibility, and that’s something the NYPD and City agencies act on each and every day. We’re pleased we could work productively with Speaker Mark-Viverito, Councilman Greenfield, and their colleagues on an initiative that gives the administration the flexibility to develop a program that recognizes community needs, while addressing administration concerns about diverting critical police resources. This will be a targeted and fiscally responsible effort that will bolster security where it’s most appropriate. Additional security guards, who will work closely with the NYPD, will put more eyes and ears on the ground and will improve our ability to keep all New Yorkers safe.”

The Orthodox Union-Teach NYS also hailed news of the legislative compromise. “As security is increased in light of recent events and religious communities face especially heightened concerns, it is especially critical that all students are protected regardless of what kind of school they attend,” said Maury Litwack, Director of State Political Affairs for the Orthodox Union.

Allen Fagin, Executive Vice President of the Orthodox Union, added, “Every child deserves a safe learning environment, and the agreement today is a significant victory for the thousands of families who stood behind this bill. We thank Mayor de Blasio, Council Speaker Melissa Mark-Viverito, and the entire City Council for taking decisive action to support the nonpublic school community during this challenging time, and we thank Council Member David Greenfield for his unyielding, determined advocacy and leadership.”

As recently as this past summer, de Blasio was non-committal about the bill, but he had been facing increasing pressure from religious leaders and groups over the last several months to support the legislation. Cardinal Timothy Dolan urged the Mayor to fund “the safety of the children of our city,” a stance strongly shared by a contingent of rabbis, as well as, religious school students and administrators. Brooklyn Borough President Eric Adams also advocated for the bill, calling it “the right thing in the right time.”

A total of 43 out of 51 City Council members have committed to supporting the bill when it officially comes to the floor for a vote in December.