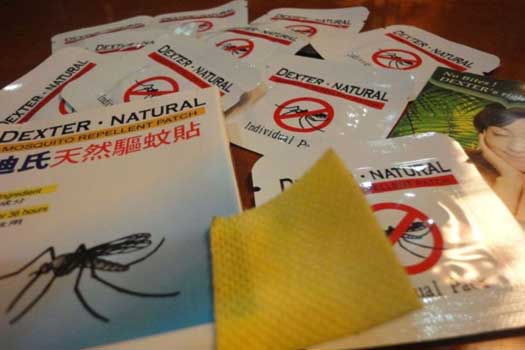 Public health officials in New York State are reminding residents of the dangers posed by mosquitoes after West Nile Virus was found in two counties.

People can protect themselves by eliminating standing water in their yards, the state Department of Health said Sunday.

From the New York State Department of Health:

Mosquitoes usually are considered a nuisance pest, but occasionally they can transmit viruses to people and some animals. These viruses can cause illness and even death. While your chances of being infected with a disease through a mosquito bite are very small, there are simple steps you can take to reduce your risk of being bitten.

Eastern equine encephalitis (EEE, “triple E”) is very rare but serious. Mosquitoes infected with EEE virus (EEEV) can infect people, horses and other mammals, some birds, reptiles and amphibians. About 5-10 EEE human cases are reported each year in the U.S. Five cases of EEE in people in New York State have been reported since 1971. These cases were reported in 1971, 1983, 2009, 2010 and 2011 and occurred in Oswego and Onondaga counties. All five cases died. The risk of getting EEE is highest from late July through September. People at the greatest risk of developing severe disease are those over 50 years of age and younger than 15 years of age.

West Nile virus (WNV) is also transmitted to humans and some animals through the bite of an infected mosquito. West Nile virus was first found in New York State in 1999. Since 2000, 490 human cases and 37 deaths of WNV have been reported statewide.

Most people infected with EEE or WNV do not develop any signs or symptoms. If illness develops, symptoms usually occur 3-15 days after the bite from an infected mosquito. Symptoms of EEE and WNV can be similar, but EEE is a much more serious illness in people who develop severe disease and much more likely to result in death. People with mild cases of mosquito-borne disease may develop fever, headache, body aches and occasionally a skin rash or swollen glands (lymph nodes). People with severe cases of EEE or WNV usually have a sudden onset of headache, high fever, neck stiffness, muscle weakness, altered mental status, tremors, convulsions, paralysis, inflammation of the brain (encephalitis) or the membranes of the brain and spinal cord (meningitis) or coma.

There is no specific treatment available for EEE or WNV. Antibiotics do not treat viral infections. Patients are treated for their symptoms and provided supportive therapy. People with mild cases of EEE and WNV usually recover completely. In cases of severe disease, supportive therapy may include hospitalization, respiratory support, IV fluids and treatment of other infections that develop. About one third of patients who develop EEE die and many of those who survive have mild to severe brain damage for the rest of their lives. Of the less than 1 in 150 people with severe WNV disease, death is very rare and almost all patients recover completely.

There are no human vaccines for EEE or WNV. Prevention of mosquito bites is the most important way to reduce your risk of mosquito-borne diseases. Take the following steps to protect yourself: