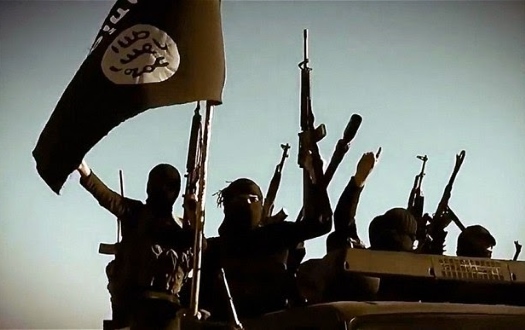 FBI agents in Brooklyn have arrested three men for allegedly attempting to travel abroad to join ISIS. The trio had discussed launching attacks domestically if they were unable to travel to join them, authorities said.

The following is a report released by the FBI:

“The flow of foreign fighters to Syria represents an evolving threat to our country and to our allies,” stated United States Attorney Lynch. “As alleged in the complaint, two of the defendants in this case sought to travel to Syria to join ISIL but were also prepared to wage violent jihad here in the United States. A third defendant allegedly provided financial assistance and encouragement. We will vigorously prosecute those who attempt to travel to Syria to wage violent jihad on behalf of ISIL and those who support them. Anyone who threatens our citizens and our allies, here or abroad, will face the full force of American justice.” Ms. Lynch extended her grateful appreciation to the FBI’s Joint Terrorism Task Force, which comprises a large number of federal, state, and local agencies from the region.

“The charges against Juraboev, Saidakhmetov and Habibov reflect our commitment to finding those who wish to provide material support to ISIL, as well as those committed to fighting on behalf of ISIL, either at home or abroad, and preventing them from doing so,” said Assistant Attorney General Carlin. “The National Security Division will continue to work to stem the flow of foreign fighters and financial resources to terrorist organizations operating in Iraq and Syria. I would like to commend all those whose tireless efforts helped bring these charges.”

“As alleged, the defendants looked to join the Islamic State of Iraq and the Levant by flying to Turkey in a vain attempt to evade detection. And one of the defendants was prepared to commit acts of terror here—in America—if he could not travel, to include killing FBI agents. The defendants violated the true tenants of their faith in pursuit of their radical, violent agenda. We rely on help from the community, the public, and religious leaders to be mindful of those who could be radicalized. We cannot do this alone,” said FBI Assistant Director-in-Charge Rodriguez.

“ISIL calls on its followers to come fight for the terrorist organization in Syria,” said Police Commissioner Bratton, “and in messages to followers outside Syria, ISIL has called on them to attack police, intelligence officers, or the military in their home countries including the United States. By pledging allegiance to ISIL, these defendants allegedly conspired to fight for a designated foreign terrorist organization, either in Syria or even New York.” Commissioner Bratton commended the work of the detectives and agents of the JTTF and the guidance of the U.S. Attorney for the Eastern District of New York throughout the investigation.

If convicted, each defendant faces a maximum sentence of 15 years in prison. The charges in the complaint are merely allegations, and the defendants are presumed innocent unless and until proven guilty.

The government’s case is being prosecuted by Assistant United States Attorneys Alexander Solomon, Douglas M. Pravda, and Amanda Hector, with assistance provided by Trial Attorney Danya Atiyeh of the Justice Department’s Counterterrorism Section and the United States Attorney’s Office for the Middle District of Florida.