« Picture of the Day: Beyond the Call of Duty
Shliach with ALS Needs Urgent Tehillim » 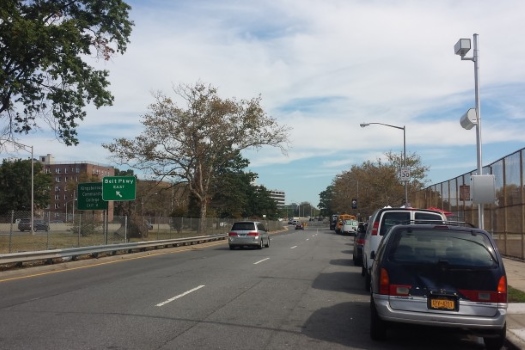 Records compiled by New York City’s Department of Transportation (DOT) reveal that a single speed camera located Brooklyn pumped out an astonishing 1,551 tickets on a single day this past July, totaling a staggering $77,550 for the city.

The New York Post reports that the numbers produced by the camera on Monday July 7, which is located at the end of a 400-foot exit ramp near Ocean Parkway, have drawn mixed reviews.

City Councilman Chaim Deutsch said anyone speeding “deserves a ticket,” while fellow Councilman Mark Treyger said the positioning of the camera amounts to nothing more than a “speed trap.”

A DOT spokesman said the positioning of the camera provides a “good amount” of distance for speed reduction by drivers entering the marked 30-mph speed limit area.

« Picture of the Day: Beyond the Call of Duty
Shliach with ALS Needs Urgent Tehillim »