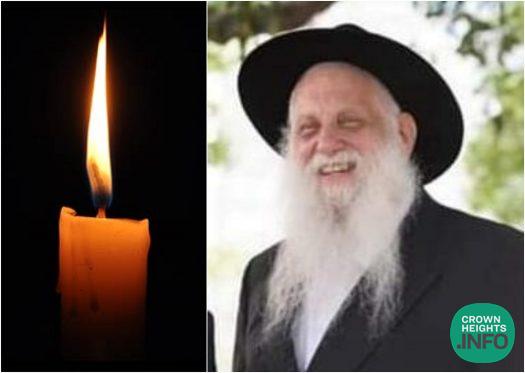 With great sadness we report the passing of Harav Shimon Halevi Raichik OBM, a Shliach and Rov in Los Angeles California. He passed away on Wednesday, the 20th of Kislev, 5782.

Shimon Raichik was born a twin on the 13th of Teves תשי”ג to Harav Menachem Shmuel Dovid and Leah Raichik who were Shluchim in California.

Shimon was named after his grandfather on his fathers side, while his twin was named Yosef Yitzchak.

After learning in Yeshiva in Montreal, Canada, he was sent with a group of bochurim to Melbourne, Australia, where he learned until the year תשל”ג.

After finishing his time in Melbourne, he married Chana Leeba Ganzburg and settled in Crown Heights until תשמ”א, when he moved to Los Angeles to work at the Ohe Elchanan Lubavitch Yeshiva, where he remained.

Harav Raichik gained renown as a Rav and teacher, becoming the Lubavitch Rov of the surrounding areas and the Shluchim worldwide.

He was predeceased by his twin brother Rabbi Yossi Raichik OBM, who was the Director of Chabad’s Children of Chernobyl.

The Aron will stop at YOEC, Ohel Chana, Bais Chaya Mushka and Cheder Menachem on there to the cemetery.