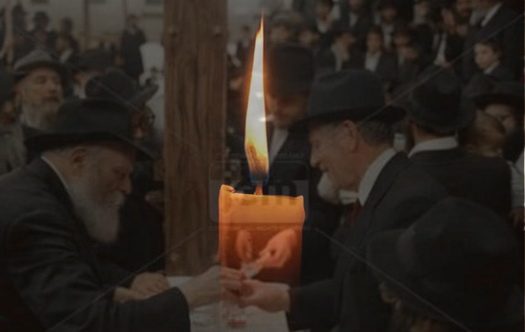 With great sadness we report the passing of Reb Yehuda Leib Denberg OBM, patriarch of a large chabad family and member of anash of Montreal. He passed away on Thursday, the 19th of Nissan, 5781.

As a youngster, Yehuda Leib’s father was forced into hiding from the Communists that came to arrest him, leading to a separation from the family before reconnecting.

In his childhood years, he was compelled to go to government schools spewing anti-religious propaganda, and was forced to hide his being Jewish.

In his escape from behind the iron curtain, he was reunited with whatever family was left, his mother and a baby sister, in distant Uzbekistant. After overcoming terrifying and nearly-being-caught escapades, he smuggled them out to freedom.

Arriving penniless in Canada, his refusal to work on Shabbos made him unemployable. So everyone told him. “Adapt,” but he did not. Instead, through sheer determination, quick thinking and a bit of Mazal thrown in from G-d, he landed his first job.

Eventually he married, started his own business, raised four sons, many more grandchildren, and many great-grandchildren. When he turned 95, his family asked him if he had a bucket list of things he always wanted to do, but never got around to it. “No”, he said in all sincerity. “All I wanted was to have a Jewish family and not owe anybody. In Communist Russia, these were unimaginable. So I am truly grateful. I’ve had a wonderful life.”

He is survived by his wife, children and grandchildren, many Shluchim around the world.