« Alternate Side Parking Rules Suspended on February 17th
Contractor Killed, Service Member Wounded in Rocket Strike Near US Base in Iraq » 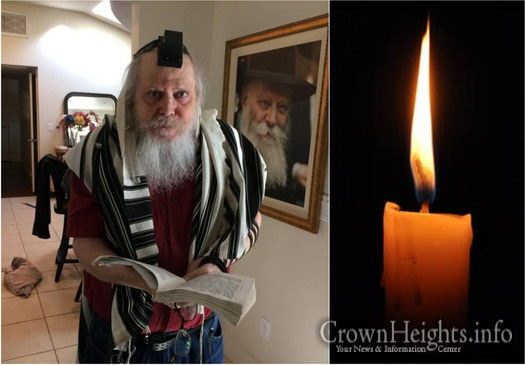 With great sadness we report the passing of Dr. Benjamin Landa OBM, a member of the Chabad community of Vancouver, Canda, and father of Rabbi Menachem Landa, Shliach to Novato, CA.

Benjamin was born in Alberta, Canada as the only child to Edith and Jack Landa.

At the tender age of two, Benjamin’s father passed away.

After joining the Canadian army, Benjamin went to McMaster University in Hamilton where he recieved a degree in chemistry and went on to receive his PhD in the early 70’s. While there, he would often frequent the Chabad in Hamilton.

Following his mothers passing, Benjamin found the newly founded Chabad of Vacouver, and after visiting to say kaddish for his mother, he began learning chassidus.

He met the Rebbe in New York on several occasions.

« Alternate Side Parking Rules Suspended on February 17th
Contractor Killed, Service Member Wounded in Rocket Strike Near US Base in Iraq »