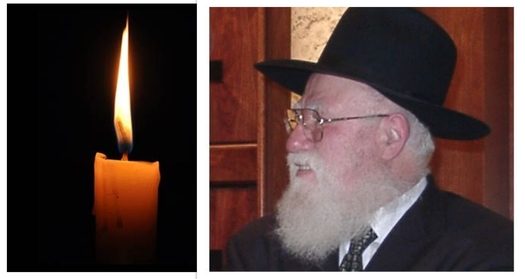 With great sadness we report the passing of Rabbi Chaim Ciment OBM, a veteran Shliach to Boston Massachusetts for more than 60 years. He passed away over Shabbos Shuva, 5781.

Rabbi Ciment and his wife Esther moved to Boston Massachusetts after they were married by the Rebbe in mid 50’s.

There, he headed the local Lubavitch Yeshiva, which has educated thousands over the years.

Levaya will begin Sunday, Erev Yom Kippur, at 8:30am in Boston, will pass 770 at approximately 12:30pm-12:45pm.  From there it will go to wellwood Cemetary, Long Island, where he will be buried next to his father and brother.

Shiva will be held until Yom Kippur.