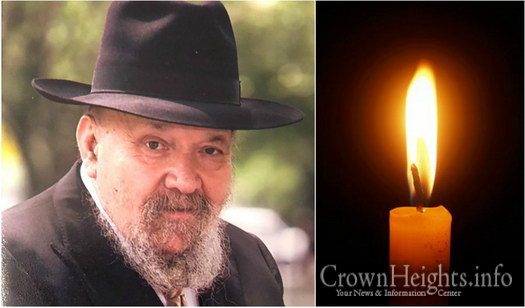 With great sadness and pain we inform of the passing of Rabbi Sholom DovBer Levitin OBM, a member of Anash of Crown Heights. He was 73 years old.

Sholom DovBer Levitin was born to Avraham Yaakov and Malka (nee Minkowitz) Levitin, and is the grandson of the famed Chabad chossid, Reb Shmuel Levitin. He was a fixture in the Crown Heights community, and father of a large Chabad family.

Sholom DovBer, although best known as the candyman of 770, was also the one who asked the Rebbe to take out the Rebbes Sefer Torah for the woman in 770.

He is survived by his siblings: Shaindel Axelrod, Chani Rotenberg, and Temmy Leider of Crown Heights.

He was predeceased by his brother Leima levitin OBM.

Shiva will be held at 520 crown street apartment #B5, times to be announced.