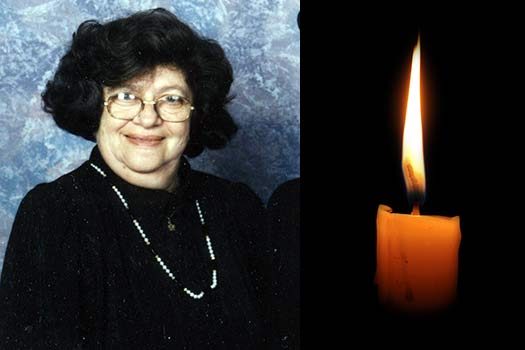 With sadness we inform you of the passing of Mrs. Esther Bukiet OBM, wife of the chossid Reb Chaim Meir Bukiet and matriarch to a large family of chassidim and Shluchim. She was 92 years old.

Together with her husband, Rabbi Chaim Meir Bukiet, the Rosh Yeshivah of Central Tomchei Tmimim Lubavitch, had an open home where she served her famous dishes, while dispensing large spoon fills of advice and wit.

Born in Wislica, Poland, to Shalom Yaakov and Malka Bukiet, in the year 1925, at the age of three her family picked up and moved to Montevideo, Uruguay, where her parents raised her with a deep appreciation for Yiddeshkeit

After her cousin, Rabbi Chaim Meir, arrived in New York, following WWII, the Rebbe Rayatz encouraged him to go and meet his cousin in faraway Montevideo. With a passport and tickets, arranged and paid for by the Rebbe Rayatz, he travelled to Uruguay, where the couple later married. Shortly afterwards they returned to New York.

A brilliant woman, who had a keen understanding of people, would go out of her way to help another. With that she was a great cook, and many of her recipes are recorded in the Lubavitch cookbook.

She did everything she could to make her husband’s hectic life as Rov of a shul, custodian of a Mikvah, Rosh Yeshivah, member of the Vaad Rabonei Lubavitch, Gabai of the Lubavitch Chevra Kadisha and sought after rov for questions, as tranquil as possible.

She raised a family who chose to be leaders in Jewish communities across the globe.

Levaya info to be posted when it is announced,