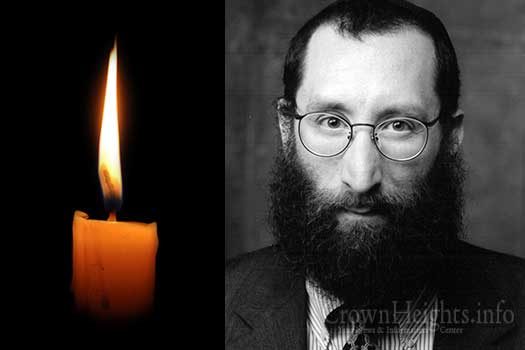 With great sadness and pain we inform you of the passing of Avraham Moshe (Mark) ben Pesach Faivel Jaffe OBM, a member and supporter of the Lubavitch Community of S. Paul, Minnesota. He was 64 years old.

Known for his wit and humor, he was described as a chassidisher baalhabos who was a member of the S. Paul Chabad community since the early ‘80s. “He was a realistic and honest person who always had good advice for people,” said Rabbi Mendel Feller.

He is also survived by his sister Caryn Moffat.

The Levaya will take place today, Sunday, at the Gemilas Chessed Cemetery, 70 1/2 and Penn, Between United Hebrew Brotherhood and Minneapolis Jewish, graveside at 2:30 pm.