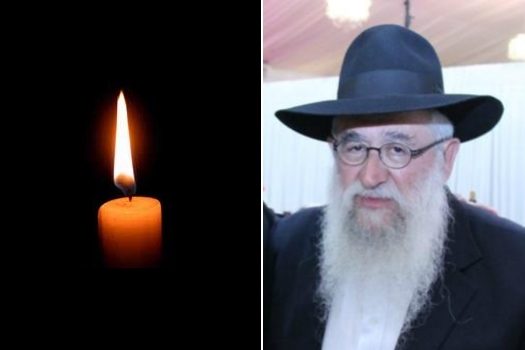 With great sadness we inform you of the untimely passing of Rabbi Shlomo Vishedsky, OBM, of Kfar Chabad, Israel, merely two weeks after he was informed by doctors that he had an aggressive form of Yeneh Machlah, RL. He was 66 years old.

Reb Shlomo was a resident of Crown Heights, where he operated a shoe store, until 1987, when he moved to Eretz Yisroel with his family.

In Eretz Yisroel he was very involved in promoting and administering Kashrus in the food industry.

He was informed by doctors merely two weeks ago that he had an aggressive form of Yeneh Machlah, RL, and this morning he returned his soul to his maker.

The Levaya took place today from Kfar Chabad to Jerusalem, where he was buried on Har Hazeisim.