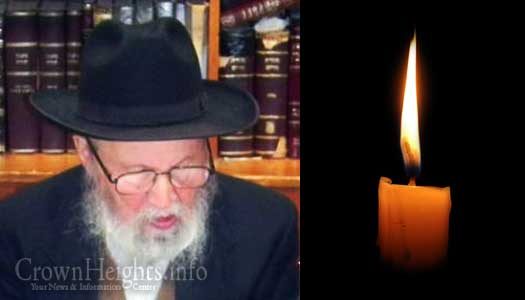 With sadness we inform you of the passing of Reb Sholom Levertov OBM, a well known baal menagen and longtime resident of Crown Heights. He was 89 years old.

Born in the Soviet Union in 1927 R’ Sholom fled to France during the war where he married his wife Pesha (nee Prus) then immigrated to the United States and settled in the Brownsville neighborhood in Brooklyn.

R’ Sholom worked in the Jewelry industry and in his free time he took on the care of a Shul in his Brownsville neighborhood.

He continued taking care of the Shul after moving to Crown Heights in 1966 and would walk every Shabbos to open and Daven in the Shul.

A family member related that the Frierdiker Rebbe was due to be the Sandek at his Bris, but after being it being delayed the Soviet authorities had by then arrested the Rebbe and he was unable to attend.