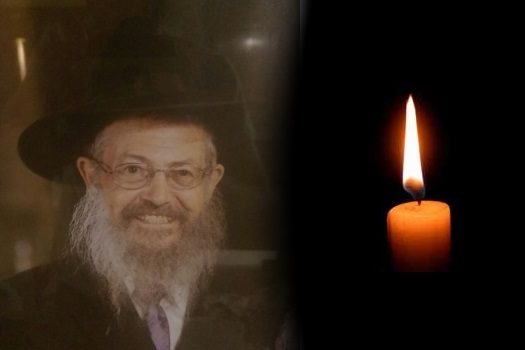 With sadness we inform you of the passing of Rabbi Avraham Moshe Goldberg, OBM, of Tzfas, Israel, who for many years served as a Chabad Shliach in Haarlem, Netherlands. He was 72 years old.

R’ Avraham Moshe served as a shliach in Haarlem, Netherlands, for over 15 years, and was Chaplain of the Dutch prison system.

After moving to Israel due to his illness, he devoted his time learning with others.

The Goldbergs’ door was always open for anyone, and many people would enjoy uplifting shabbos meals in their home.

He is survived as well by his brother, Daniel Goldberg (Crown Heights), and sister, Carmel Krauss (Long island, NY).

Memories and condolences can be sent to Goldbergshivah@gmail.com.