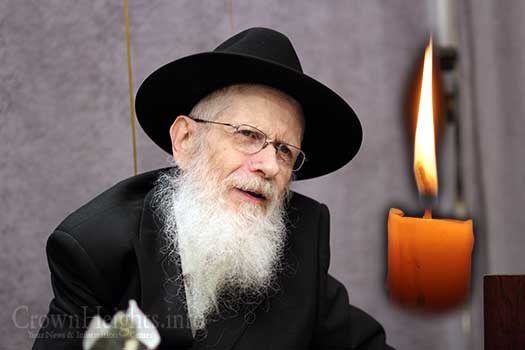 Rabbi Menachem Meir Blau OBM, a passionate Chossid devoted to the Rebbe and his instructions, passed away on 21 Sivan 5776. He was 70.

Rabbi Menachem M. Blau invested himself for nearly 50 years in spreading the Rebbe’s teachings beyond Lubavitch.  To this end he spared no effort including endeavors such as the weekly Torah Gedanken column which he prepared for the Algemeiner.  In addition, he publicized and brought people to the Rebbe’s farbrengens. He also distributed “thought for the week” to thousands of homes weekly to ensure the Rebbe’s message reached the masses.

In 1988 he started the Crown Heights Newsline to further spread the Rebbe’s Horaos and farbrengens.  He facilitated weekly Chazara of Farbrengen for Anash and Shluchim worldwide each Motzei Shabbos.

Rabbi Blau served as principal of Hadar Hatorah for several years and inspired many to become Baalei Teshuva, several of whom have kept in touch with him through the years.

In recent years he said selected excerpts from the Rebbe on inyonei moshiach ugeulah connected to the specific time. He hardly missed a day of sharing these messages in 770 to inspire others to await for and take action to bring Moshiach.  He yearned for and lived to bring Moshiach every day.

Together with his wife, Esther, tibadel lchayim tovim, they established a warm and open home built on strong Chassidishe values and selflessly dedicated to so many causes.  He was a strong source of encouragement and support to his wife’s involvement in many community projects and was extremely proud of his children’s devotion to Chinuch and Shlichus.

He is also survived by his brother Rooven Blau and sisters Nechama Kastel and Rochel Elishevitz.

The family requests that 4-7pm family time for the aveilim be respected.