« Montreal Chasidic School Raided by Police and CPS
Video: What Is Faith? » 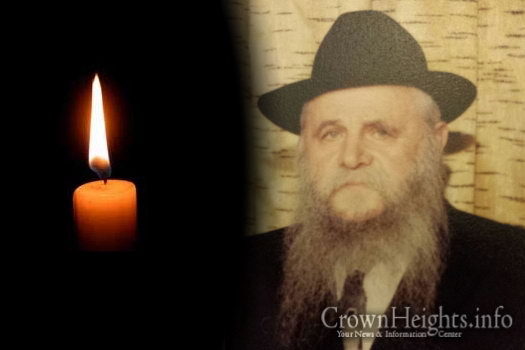 With sadness we inform you of the passing of Reb Tzvi Schechter, OBM, a devout Chosid and former longtime member of the Crown Heights community who owned and operated a fabric store on Kingston Ave. He was 98 years old.

Born in 5678 (1917) in Kalush, Galicia, his father, Reb Shmuel, was a successful businessman and a devout chosid of Reb Yisroel of Chortkov ZT”L.  Reb Tzvi’s parents and eight sisters were murdered by the Nazis YMS, and he remained the sole survivor of the family.

In 5706 (1946), Reb Tzvi married Rivka, the daughter of the chosid Reb Shmuel Yitzchok Reices in Samarkand, and moved to Eretz Yisroel soon after the establishment of the state.  Years later, they moved to Crown Heights, where the couple owned and operated a material store on Kingston Ave. Their home on Montgomery St. was always open to many guests, and they were known as Baalei Tzedakah.  In 1996, they moved back to Eretz Yisroel and settled in Kfar Chabad.

Reb Tzvi was Mekushar with his heart and soul to the Rebbe.  He was outstanding in his yiras shomayim and kiyum hamitzvos behidur.  He had a love for learning and was always seen with a sefer.  Even in recent years when his eyesight deteriorated, he spent his days listening to recorded shiurim.

« Montreal Chasidic School Raided by Police and CPS
Video: What Is Faith? »