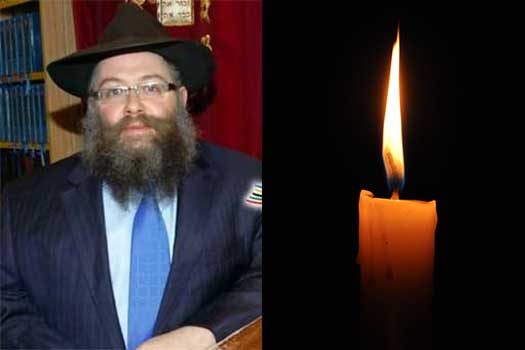 With great sadness, shock and pain we inform you of the sudden and untimely passing of Rabbi Moshe Muller, beloved Shliach in Ilford, UK, and father of seven children. He was 43 years old.

Reb Moshe visited the hospital last week complaining of chest pains, and passed away on Sunday morning from a sudden and unexpected heart attack.

Rabbi Muller began his Shlichus in Ilford, northeast of London, in 1996. For 20 years he dedicated his life to his Shlichus under the auspices of Rabbi Aryeh Sufrin, and he was beloved by all who came into touch with him.

The Levaya will be held Monday, 1 Iyar/9 May, leaving from Lubavitch House in Stamford Hill at 2:30pm and passing by his home, 28 The Crescent Gants Hill IG2 6JF, at 3:30pm. Burial will be held at Adas Yisroel Carterhatch Lane EN1 4BG at 4:15pm.