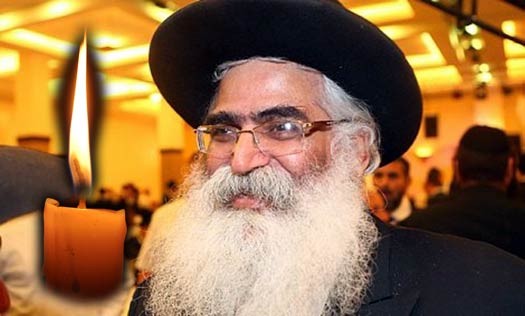 With great shock and sadness we inform you of the passing of the Mekubal, HaRav HaGaon Rav Yoram Abergel OBM, leader of Kehilas ‘Rav PeAlim’ in Netivot, Israel. He was 58 years old.

He was born in the southern moshav of Brosh, after his parents made aliyah from Morocco. As a youth he studied at the “Bet Yehuda” Bnei Akiva yeshiva in Kfar Maimon, and then in the Hevron and Negev yeshivot. After marrying, he continued studying in the Bet Yisrael Kolel in Netivot.

Rav Abergel came to be considered one of the leading figures among Sephardic haredim, and oversaw a chain of Yeshivos and Kollels that teach thousands of students across the country.

In recent months he battled a terrible illness and was hospitalized in the Shiba hospital in Tel Aviv. His students arranged daily Minyanim of Tehillim throughout Israel and looked forward to his recovery. In recent days his condition worsened and on Shabbos even he passed away.

Over the years he established a daily Tanya Shiur in his network of Kollel’s and compiled a Sefer with Biurim on the Tanya.

In his speeches, in his own Kollels and in Chabad events, he often spoke of the Jewish revival that the Rebbe accomplished.