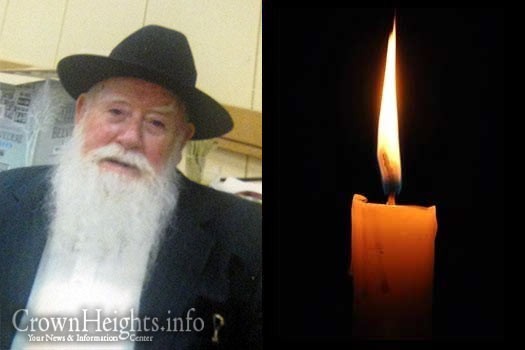 With great sadness we inform you of the passing of Reb Moshe Shubov OBM, who was moiser nefesh to raise a Frum family in communist Russia. He was 83 years old.

His grandfather was the illustrious Boider Rov Reb Yeshaya Zushe Shub. He was born in Moscow and had mesiras nefesh to raise a Frum family in communist Russia. He emigrated to Israel and then settled in Crown Heights. He merited to raise children, grandchildren and great grandchildren in the ways of the Torah and Chassidus.

The Levaya will take place tomorrow, Wednesday, 10:00am at Shomrei Hadas and passing by 770 at around 10:45am.