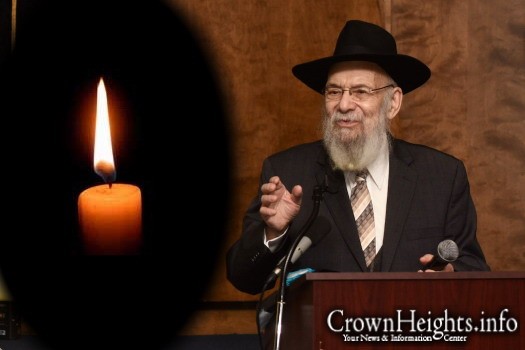 With great sadness and pain we inform you of the passing of Rabbi Dovid Edelman, OBM, veteran educator and Shliach, who was much beloved by the Jewish community he served in Springfield, Massachusetts. His passing occurs mere days after he celebrated his 90th birthday.

Rabbi Dovid Edelman and his wife, Leah, moved to Springfield in January 1950 to guide the fledgling day school now known as Lubavitcher Yeshiva Academy (LYA).  From its humble beginnings on the first floor of a two-family house on Belmont Avenue in Springfield, to its present location on Converse St. in Longmeadow, Rabbi Edelman was a constant leader and spiritual at the helm of LYA.

Rabbi Edelman touched the lives of many, many people through his sincerity and ability to relate to people. He dedicated his life to promote Judaism and nurture the Jewish soul. In the words of one community member, “you can always count on Rabbi Edelman to be there for the sake of a mitzvah; whether it is time to shake the Lulav and Etrog on Sukkot or to share hand-baked Shmurah Matza for Passover, he is there.”

When celebrating his 90th birthday last week, the students of LYA wanted a present that expressed their gratitude to Rabbi Edelman for being a role model, leader and a chosid of the Rebbe. The students and staff came up with the idea of performing 90 good acts of kindness and mitzvos in honor of Rabbi Edelman’s birthday, and a book was published with pictures of each student performing their mitzvah.

He is survived by his wife, Leah, and his many children, grandchildren and great-grandchildren.

Levaya and Shiva info will be updated when it becomes available.